The Federal Government contributed $4.4 million. Enhancements in the new vehicles include:
• Upgraded digital mammography equipment.
• Secure wireless communication system for instant transfer of diagnostic images to the statewide BreastScreen service for analysis by radiologists and breast physicians.
• Improved air-conditioning and wheelchair accessibility.
The mobile unit will visit Parkes, Forbes, Tottenham, Tullamore, Trundle, Peak Hill, Narromine, Molong and the Orange Aboriginal Medical Service between now and the end of the year.

It will be in Forbes from August 17 to September 28 in Victoria Park, behind the Cenotaph on Harold Street. “A woman diagnosed with breast cancer in NSW today has among the highest chances of survival in the world,” said Sarah McGill, Director Cancer Institute NSW. “However, we know that early detection is the key to survival.”

“It is vital for all women aged between 50 and 74 to have a mammogram every two years at a BreastScreen NSW clinic. It is a free service that could save your life. Women should call 132 050 to book a breast screen today.”

The Forbes Medical Centre has obtained a $125,000 grant under the Federal Government’s Rural and Regional Teaching Infrastructure program to help it expand its services and take on more trainees and GP registrars. The grant will enable the practice to extend its facilities to include an additional four consultation rooms.

“I thank the Forbes Medical Centre for their foresight and hard work, and for recognising that those medical students and registrars who experience rural and remote practice are more likely to pursue careers in the bush,” said John Cobb.

Following PCC Buckley’s address, President Robyn Seberry gave her annual report, and thanked Club members for their hard work and support throughout the year which saw the Club donate to many organisations. One of the largest donations was of a Phoenix Chair to the local hospital.

Robyn then proceeded to make cheque presentations to representatives from local groups, including Mater Auxilliary, Can Assist, Forbes Town Band, St Vincent de Paul, Angel Flight and to several Lions Charities. These additional donations brought the total for 2014-15 to $18,327.

The new Lions Board is as follows: President Peter Bright, Vice Presidents Phil Lawler & Bill Dolle, PP Robyn Seberry, Secretary Gayle Williams, and Treasurer Ian Gilchrist. After accepting the Charter and Gong new President
Peter outlined his hopes for the coming year. The night concluded with the drawing of the Monster Raffle which saw approx. 20 people walk away with prizes.

Energy comparison service iSelect has estimated that one in five NSW households are struggling to pay their energy bills, with 7 per cent of households under a lot or extreme energy-bill strain.

Well over 70 per cent of respondents to the survey said their gas and electricity bills had increased significantly in recent years, with an overwhelming 86 per cent feeling they currently pay too much for energy. As such Forbes residents are urged to review their current energy plan to ensure they are on the most cost effective plan.

The research found that only a third of NSW households are able to pay their energy bills easily, with 67 per cent experiencing some level of strain in paying their gas and electricity bills. About half respondents said they had cut
back in other areas, with most forgoing holidays, dining out and shopping in order to afford paying their energy bill. Most worrying, however, is that just under half of NSW residents are cutting back on groceries to leave enough money for energy.

The survey also found that 15 per cent of respondents have gone into debt to pay for energy, with 9 per cent of survey respondents currently on a hardship payment plan in order to meet their energy bills and eight per cent currently on a hardship plan believing they won’t ever transition off it. Laura Crowden, iSelect spokesperson, said the survey not only highlighted the difficulty NSW residents are facing to pay for energy, but that many people are confused by how energy costs are calculated.

“Forty per cent of those surveyed admitted that they don’t understand their energy bills and how usage costs and network charges are calculated,” Laura said. “Energy bills can be really confusing so it’s important Forbes residents take the time to seek expert advice which can help you cut through the complexity and clearly determine if you are on the right plan to suit your energy needs.” For more information, visit www.iselect.com.au.

Kristin Barrass, vice-president of the Forbes Eisteddfod Committee, and Kristin Woods, the competition’s dance coordinator, certainly have something in common apart from first names. They’re both convinced that the event’s reputation as the “friendly eisteddfod” has much to do with it being able to attract more than 1500 entrants to its dance, music, speech and drama sections.

The contestants’ joy and the ease with which they’re approaching the dance section, which is currently on at the Forbes High School assembly hall, is testament to that. “Our eisteddfod is definitely seen as welcoming, comfortable, and great for building confidence and performance skills,” said Kristin Barrass. “That’s why we get so many first time competitors. They don’t feel as intimidated here as they do in some of larger, more formal eisteddfods.” And the entrants do come from far and wide — obviously many from Forbes itself, but also from Parkes, Eugowra, Grenfell, Orange, Bathurst, Leeton and Griffith, some indeed from as afar afield as southern Queensland.

“We’re all volunteers here,” said Kristin Woods. “Though we also get enormous support from the Forbes Shire Council and from sponsors such as the Northparkes Mine, the Forbes Services Club and McDonalds.” And both Kristins also have special words of praise and thanks for the guest adjudicators, Andrew Mortimer (Melbourne) and
Pamela Herring (Sydney). 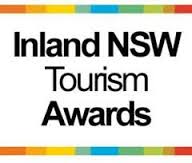 Fire protection and emergency response in Forbes have received a boost with the arrival of a $310,000 fire truck.
The Mercedes Benz fire truck, referred to as a Class-2 pumper, is now in operation after being delivered to Forbes Fire Station. Orange State MP Andrew Gee said the new Class-2 fire truck had the latest equipment and technology, which will increase the capacity of Fire & Rescue NSW (FRNSW) firefighters to deal with fires, accidents, chemical
spills and other emergencies. “The NSW State Government is committed to providing firefighters with the best equipment and technology available,” he said. “The state-of-the-art Mercedes Benz truck has a larger cabin than previous trucks, providing greater comfort and safety for firefighters. The rear of the truck has also been
remounted and modified to provide more room for equipment.” “Our firefighters put themselves in harm’s way to keep our communities safe. The least we can do is give them the most up-to-date equipment. It’s great to see them getting it in Forbes.” Acting Superintendent Steven Hayes said FRNSW continued to provide its firefighters
with modern and safe vehicles for their vital work in protecting NSW families. “The new truck will help firefighters better protect the Forbes community and will help improve the overall quality of our emergency
response.” Gladly accepting the keys to the new vehicle, Brian Clarke, Captain of the Forbes Fire Brigade, praised the way that the previous truck had served his team. “But look, it’s 14 years old and it battles
to reach 100kph on a downhill run,” he said. “This one is turbo-charged and will have plenty of grunt, not to mention a smaller turning circle, which will be really useful for negotiating the town’s roundabouts.”
“And, of course, the extra comfort will be much appreciated by the boys.”

Sahara Park Riding School is run on the outskirts of Forbes by Helen Morris and Leanne Smith, who are both totally devoted to teaching children about learning to ride and, most importantly, about loving the horses that can
give them so much joy if treated properly. Their success is shown by the group of regular students who come along each week and pay $30 per hour for access to their equine wisdom. And they’re not, as Helen points, kids necessarily from a ‘horsey’ family, just kids interested in learning how to ride, and to look after the animals they care for. To that end, Helen and Leanne have invested more than $750,000 in forming a stable of about 30 horses that they can trust, even with quite inexperienced children. One of the most important tasks they have to perform is teaching the riders how to get up after their first fall and get back on the horse again.
“It happens to everyone at least once,” said Helen. “And though our set-up and choice of horses ensure there’s no physical damage, there’s inevitably a bit of lost pride.” Sahara Park also runs live-in classes during school holidays — ones that they find the students very reticent to head home from. These cost $450 for five days, including all meals, use of horses and equipment, and lectures from specialists such as vets and farriers.