If you are a regular dam walker or water skier, you may have noticed some changes taking place around the park and beach at the Ski Dam of late. Works have begun with stage two of improvement works which have been funded, in part, by a generous donation from Northparkes Mines. The works taking place now will see the installation of a new BBQ shelter, additional seating, landscaping and irrigation. Users are reminded to follow signage and direction from workers on site. 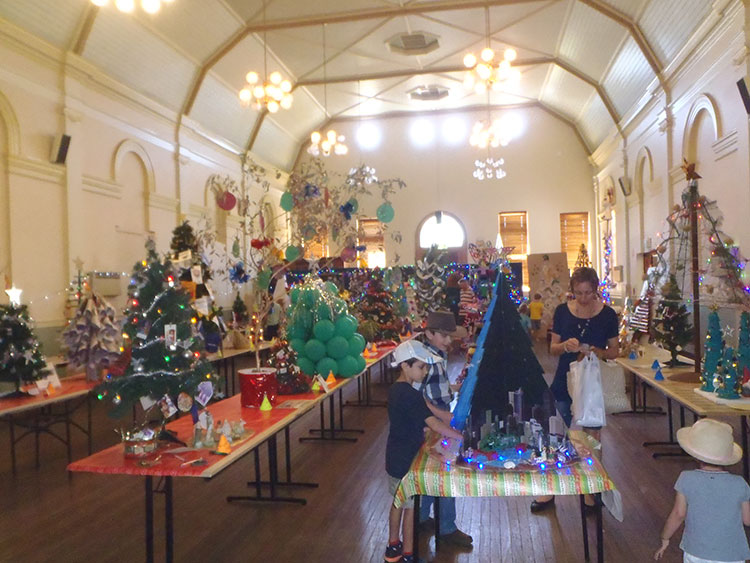 The Annual Rotary Ipomoea Christmas Tree Festival is a major fundraising event that provides a delightful way to start the Christmas season. It also allows local organisations, school groups, businesses and families to wish the people of Forbes a very happy Christmas. Entries for display will be taken from 8am on Friday, 6th December. Doors open at the Town Hall for viewing at 5pm on Friday with the official opening. The exhibition will be open 9am – 5pm on Saturday and 9am – 3pm on Sun- day. 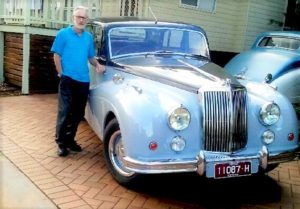 Graham Carson was awarded Best Car in the Concourse for his Armstrong Siddeley in Forbes last Saturday. Locals were de- lighted to be able to inspect and discuss these elegant cars with members who met in Forbes for their 50th anniversary rally. The Armstrong Siddeleys were hand built in England from 1919 to 1960.

THE BOOROWA IRISH WOOLFEST
The Boorowa Irish Woolfest, taking place on 1st and 2nd October over the long weekend, is shaping up as one of the best yet. Sunday will be the main day of the event, with the highlight, the running of the sheep and the street parade. The NSW Trial Yard Dog Championships will be held for the first time in Boorowa on Saturday and Sunday. Saturday will also see the popular ‘quick shear’ sheep shearing competition, the rodeo, the Long Lazy Dinner, and a host of other events. 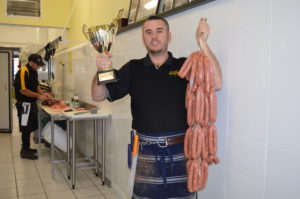 Local Butcher Shannon Birmingham from Forbes Central Butchery is making prizewinning sausages. He won the continental category with his German Bratwurst and Australian Lamb Sausage at the Central West Sausage King and Best Butcher competition in Orange recently. “The secret is good quality meat and the addition of great herbs and spices,” said Shannon.

He has ‘sausage flavours of the week’ every week, and other specials, including steaks, lamb chops, cutlets, roasting portions, chicken and pork on his Facebook page. Shannon will take part in the state final in Bathurst on 24th September. Good Luck Shannon!

Come and support some local artists in the Country Music Talent Quest at the Forbes Services Memorial Club, Friday May 6 from 7pm and Saturday May 7 from 9am. “Vintage Four” will be the backing band for entrants. Friday night will see “walkups” and the band will play a few tunes. Saturday’s event will run from 9am. Entry forms are still available if you wish to enter the Talent Quest. Entries will be cut off at 130. Contact Helen Field on 0411 375 836 to register and for more information.

Nominations are now open for the 2016 Forbes Youth Week Awards, which will be presented at the awards night on Thursday, May 5 at the Forbes Town Hall. Forbes is celebrating this year’s Youth Week from May 2 to 8 and the awards recognise young people aged 12 to 25 years who have contributed to the community in a number of ways.

The Forbes Community have banded together yet again to support someone in
need. Matthew Little, and his son Jonah, lost their home recently when it was tragically destroyed by fire.

On Friday night the Forbes Junior Magpie Rugby League Club and Forbes Junior Cricket pooled their resources and hosted a charity evening in support of Matthew & Jonah at the Forbes Sport & Recreation Club. The event featured a number of 100 Clubs, Meat Tray Raffles, Chocolate Wheel and Auction items. It was not surprising to see so many support the night for Matthew. 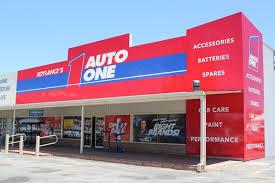 Roylance’s Auto One has the big “Get ready for Easter sale” on now
The catalogue runs until Monday March 28 and packed with some great specials!

Motorcycle ramps with 340kg load capacity $89.95, go glamping with the portable shower for only $349, and the 120w solar panel $100 off! There are great deals on Rhino Rack awnings, kayak carriers and luggage boxes. Going 4wd driving? Recovery kits from $149 and Tred recovery tracks from $149.00.

The Campervan and Motorhome Club of Australia will be rolling in to Forbes on March 14 as part of their Forbes Rally. The club is in excess of 100,000 members Australia wide, and the rally will feature members of it’s Solo Network, where singles bring along their camper vans and motor homes.

There will be an open day on March 19, and the open day will also include market facilities. The week-long rally, which ends on March 21, is only open to members of the solo division of the CMCA, however for anyone wishing to participate, the CMCA always welcomes new members to join.