Home » Funding Announced For Roads In The Forbes Shire 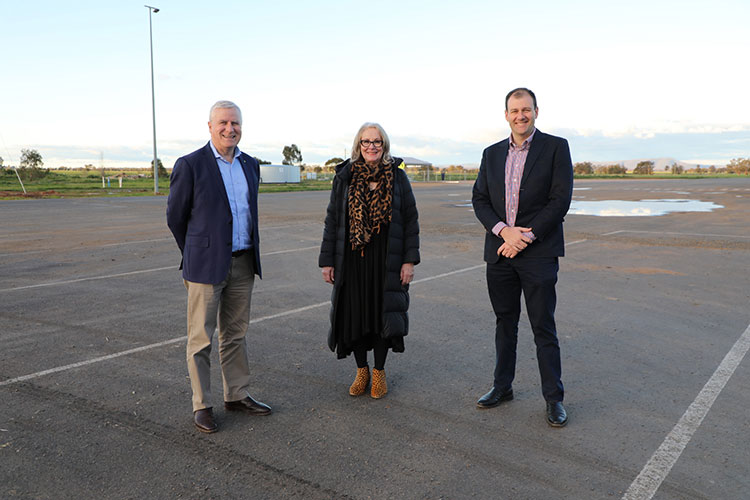 Deputy PM Michael McCormack and Nationals MP Sam Farraway met with Mayor Phyllis Miller in Forbes last week to see where funding has been spent, and will be spent, on improving infrastructure and the local economy.

A $2.9million cash injection for roads in Forbes Shire will create jobs and boost the local economy at a time when it is needed most. The Federal Government has committed $191 million to build on the New South Wales Government’s Fixing Local Roads program.

“I am proud to be a part of a Government which has supported our regional areas so much as this COVID-19 pandemic has unfolded,” Michael said.

“I know regional and rural residents rely on roads much more than our city counter- parts which is why I took our fight to the Cabinet table to deliver for residents in the Forbes Shire. Forbes Council submitted a shortlist of projects which they deemed as shovel ready and from there I have worked tirelessly in my role as Minister for Infrastructure, Transport and Regional Development along with NSW Minister for Regional Transport and Roads Paul Toole to ensure our regional roads receive the funding they deserve.”

NSW Nationals Upper House MP Sam Farraway joined Michael’s visit to Forbes and said that the improvement of local roads was vital to better road safety for our regional and rural communities.

“We’re turbocharging this funding to ensure we create jobs and create better journeys on the roads that really matter to local communities, in what has been a difficult period for all. Projects like patching Wirrinya Road may seem small, but they will make a big difference to the overall safety and experience of daily commuters and visitors to the region,” Sam said.

The Federal and NSW Governments will deliver a total of $3.26million towards projects across the Riverina and Central West