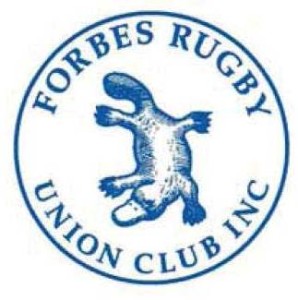 The Forbes Platypi had a disappointing round of football last weekend against the Orange Emus. After travelling to Orange, the first grade team went down to the Emus 71-7, the second grade team lost with a score of 28-7 and the Colts struggled against the Orange to walk away with a score of 99-3 in Orange’s favour. The teams all battled hard on the day. Better luck next weekend boys.

The Forbes Platypi went up against the Bathurst Bulldogs on July 18. The First Grade team lost to the Bulldogs with a score of 29-10. The Second Grade team also went down 50-0 in a disappointing weekend for the Forbes side.

The Forbes Platypi had a rough time against Orange City last weekend, with losses in all three divisions that they contest for the Blowes Clothing Cup in the Central Western Rugby Union competition.

The Firsts were defeated 31-5, the Seconds 33-10 and the Colts 32-14. The loss left the Firsts on 15 competition points well adrift of a chance of making the top five and a place in the finals.

The Colts, too, are out of the finals running, but the Reserves sit in sixth place on 28 competition points, just three away from that all-important fifth spot.

Next weekend it’s another tough road trip, this time to face the Bathurst Bulldogs.

The Forbes Platypi travelled to Narromine last weekend and came home with a mixed bag of results in the Blowes Clothing Cup. The Firsts lost a very close tussle 27-24 and sit in seventh place on the competition ladder, too far adrift of Mudgee and Dubbo Kangaroos to make the finals.

The Seconds, however, sit in fifth spot following their 27-12 win over the Red-and- Whites. They’re just a point clear of Dubbo Kangaroos, and have a tough match next Saturday against ladder leaders Orange City.

The Platypi Colts were soundly beaten 65-0 by Narromine and languish near the bottom of the competition ladder with just 9 points from their 11 games. Tomorrow, all three sides will host Orange at Grinsted Park, in Forbes’ South Circle Park.