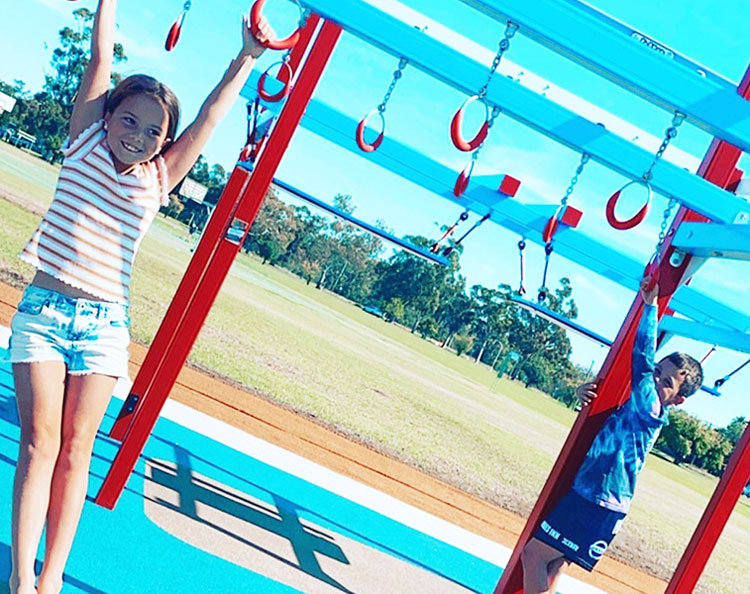 The park, which has been in the works for some time, has two courses to cater for junior and senior kids. It didn’t take long for crowds to flock.

The two kids courses share a three-metre-high warped wall, which is a feature of every course in the televised series and was certainly a hit last week.

The Ninja Park is located at Stephen Field, near the skate park, the location chosen after community consultation but debated by councillors due to its location in the floodway.

When councillors finally resolved the location of the park, based on community feedback, they then designed a flood emergency plan that includes the removing obstructive equipment during a flood event.

Despite recent rains, the park has held up well and will certainly be a popular attraction these school holidays. Will the next Australian Ninja Warrior come from the Forbes Shire?

Watch this space to see who will become Forbes next ninja warrior!