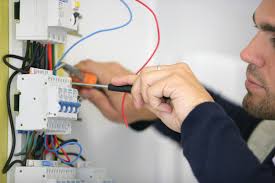 Shead & Nicholson in Forester Street are the local experts for all
things electrical in Forbes. Not only do they conduct contract electrical
and air conditioning work, they are also retailers of a wide range
of electrical equipment and accessories.
There is no job too big or too small for the team at Shead & Nicholson.
From major industrial construction projects through to the
smallest electrical repair, the team at Shead & Nicholson are only
too happy to help.
As the oldest electrical contracting business in town, with over 45
years experience, Shead & Nicholson have built a reputation for
excellence in workmanship and excellence in service.
The business started as a partnership between long-time friends,
Des Shead and Kerry Nicholson in 1967. In the early days business
mainly consisted of domestic wiring but as time went by the
pair expanded their operation to include small appliance repair, air
conditioning maintenance, and installation and major construction
projects.
Des and Kerry both retired in March 2009 and have left the business
in the capable hands of the new General Manager, Phill Gale
and 23 staff members. The premises consists of a retail showroom,
office complex with a workshop, store and yard area.
Past major projects include electrical and mechanical work done
at Red Bend Catholic College, Parkes Shire Council, Parkes Library,
Henry Parkes Museum, Station Hotel, Parkes, Victoria Inn,
Forbes, Jemalong Residential Village, Forbes, Forbes Car Wash,
Woolworth Fuel, Forbes Services Club refurbishment, Parkes Services
Club refurbishment, Austasia Animal Nutrition, Forbes, Niola
Nursing Home, Parkes, Southern Cross Village, Parkes, DOC’s
Building, and Forbes Business Centre – Bunnings and Spotlight.
They have ongoing electrical and air conditioning maintenance
and repairs with many businesses in Forbes, Parkes, Condobolin,
Canowindra and Sydney. The retail, showroom and sales include
wall split refrigerated air conditioning units and spare parts, split
ducted refrigerated air conditioning units and spare parts, evaporative
air conditioning and spare parts, gas ducted heaters, power
tools, specialized lamps, lighting, electrical supplies and accessories,
hot water systems and spare parts, ceiling, personal and exhaust
fans, door chimes, electric heating and electric motors.
Contact Shead & Nicholson on 6851 144. 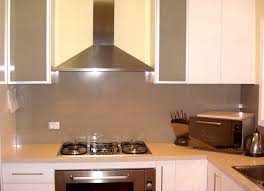 Glass splashbacks are a sure way to enhance the appearance of your new kitchen layout. And not only do they look great, splashbacks also make the job of cleaning in the kitchen heaps easier and much faster.

When the staff at Glassplace measure a kitchen for a new splashback, we check the size of cupboards, benches, work areas and windows. Most splashbacks are made from low iron toughened 6mm glass or from special mirrored glass. It’s toughened to handle the heat from the cooktop. And we use low iron glass because ordinary glass has a very slight green tint, which is not noticeable until it is painted, but it can slightly change the appearance of the splashback when installed, especially if using light or white colours.

The colour choice is totally yours. Some customers want a very plain colour to blend in with walls and cupboards, while others like to have a bold colour to enhance the look of their new kitchen.

So after we have the size and shape of the splashback pieces confirmed, it’s up to our glass supplier to cut the pieces to size and shape, polish the edges, do cut outs for power points and then toughen each piece in a furnace. When the glass has cooled it goes through a chemical wash, gets dried and has three coats of paint applied on the back surface.

When the glass comes to our workshop we unwrap it, check it for size and imperfections. Then we take it to your place and carefully fit each piece and seal it all to the wall with a sanitary grade silicone. That’s it – finished!

That’s when you get to see what you have planned and dreamed of for a few weeks and show your friends and neighbours and enjoy what is often the focal point of your new kitchen. Call Glassplace on 6862 2346 and we can advise, measure and quote a glass splashback for you. 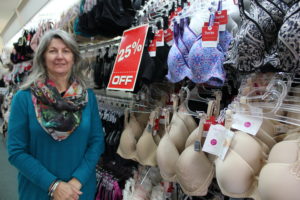 Undercover Sleepwear & Lingerie is a premier boutique specialising in essential and fashion lingerie, beautiful sleepwear, shapewear and hosiery. Owner Margaret Duggan is a qualified and experienced bra fitter and is proud to offer Amoena beast form fittings. Margaret cannot stress enough the importance of wearing the correct fitting bra and encourages women to regularly have a professional fitting.

If you are planning ahead for summer and need new swimwear, look no further. Undercover Sleepwear & Lingerie has a wide range of leading swimwear labels in sizes 8 to 24. You will find Berlei, Playtex, Triumph, Bendon, Fayreform, Miraclesuit, Jockey, French Country, Schrank, Givoni, Deshabille, Sunseeker, Poolproof and Jets.

This weekend a 25% discount sale is on throughout the store, and shopping hours have been extended until 2pm on Saturday. Find Undercover Sleepwear & Lingerie at 61 Rankin Street. 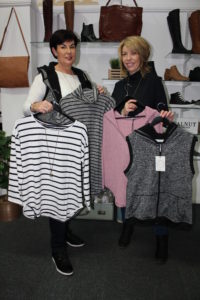 Little Extras Lifestyle at 1 Templar Street is worth a pop in this weekend with many new arrivals, as well as a super sale. Follow us on Facebook and Twitter for daily updates on the End of Financial Year Super Spot Specials.

While you are here take some time to look at our new arrivals for winter and trans season. The new leisure range from Ellis & Dewey has some exciting designs. The leisure wear range is designed to help you get the most out of the day and can be worn for either a workout or casual wear. It is comfortable and affordable, and will make you feel good and look stylish.

For the lovers of denim, we have many different styles available ranging from jeans and jackets to skirts to fit all tastes and sizes. To round off your new outfit, why not take a look at our fashion jewellery. We get new arrivals on a regular basis. We would love to see you this weekend to help you find something you love. 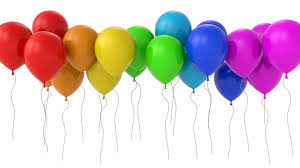 Forbes locals may have been wondering where The Party Shop has gone after a distinct lack of party shopping in the town… Well, wonder no more! Lin is back in brand new premises at Shop 6, Forbes Arcade, 113 Rankin Street in Forbes.

But rather than continue with the Party Shop Lin now wants to concentrate on her love of sewing, and has decided that the time is right for her to sell all her party wear, costumes and accessories. “I’m offering a massive 30% off all stock so come in and get it before it’s gone!” said Lin. Her new business will now be called Linny A’s Sewing and Alterations.

Lin will be available for all your sewing needs and those hard to do alterations in time for you to wear your gorgeous new outfit. If you need something done in a hurry then Lin is the lady to see. Lin is at the shop from 9.30am to 3pm each day from Monday to Friday. Pop in and make the most of the great reductions on party products and get that unravelling jumper and holey sock darned while you’re there!

As we approach winter, although at the moment with temperatures still in the high 20’s, early 30’s, it is hard to imagine, it is time to start to think about having a flu vaccine to prevent the early onset of influenza. Influenza (flu) is a highly contagious viral infection that is responsible for major outbreaks of respiratory illness around the world, usually in the winter months. Unlike
the common cold, influenza can cause severe illness and life-threatening complications such as pneumonia and bronchitis, which often require hospitalisation.

The flu virus is especially dangerous for elderly people, pregnant women, Aboriginal and Torres Strait Islander people and very young children, as well as for people with underlying medical conditions. It is estimated that each year, flu contributes to an average of 13,500 hospitalisations and more than 3,000 deaths among Australians aged over 50 years.

Causes:
Three different types of influenza viruses infect humans: influenza A, B and C. Only influenza A and B cause major outbreaks and severe disease, and these are included in seasonal influenza vaccines. Influenza spreads from person to person through the air by coughing or sneezing, or by direct contact with the virus on hard surfaces or people’s hands. The flu usually differs from
a cold as symptoms develop suddenly, and can lead to complications such as chest infections and pneumonia – particularly among the elderly and young children.

Symptoms:
Flu symptoms tend to develop abruptly one to three days after infection, and can include: tiredness, high fever, chills, headache, coughing, sneezing, runny noses, poor appetite, and muscle aches. Most people who get the flu will suffer from mild illness and will recover in less than two weeks. However, some people can develop longer-term health problems, including pneumonia, bronchitis, chest and sinus infections, heart, blood system or liver complications, which can lead to hospitalisation and even death.

Prevention:
Vaccination offers effective protection against influenza, although vaccines need to be given each year as flu viruses are always changing. Influenza vaccination in children:
Children can begin to be immunised against the flu from six months of age.
Children aged eight years and under require two doses, at least four weeks apart in the first year they receive the vaccine.
One dose of influenza vaccine is required for subsequent years and for children
aged nine years and over.
All vaccines currently available in Australia must pass stringent safety testing
before being approved for use by the Therapeutic Goods Administration (TGA).

Parents should make sure vaccination providers know how old their children are so they can receive the correct vaccine.

Be on the lookout for any of the above signs and to ensure that you are not going to endure the woes of winter, get your vaccination booked in now.