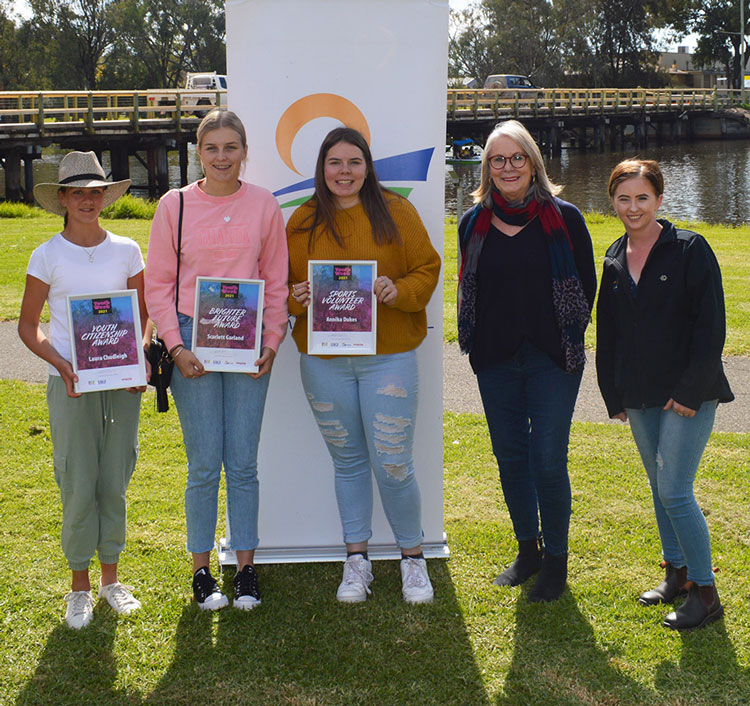 It has been a massive month with Seniors Week, ANZAC Day and other events all falling within April. The Youth Week Awards were held in a special ceremony at Lion’s Park in tandem with Super Mega Fun Day to also recognise Youth Week.

There was a plethora of activities and a hive of excitement for Forbes kids organised by the Forbes Youth Action Team including workshops, sporting events, fishing, cooking, Obstacool, movie nights, pedal boats and the awards to cap the week.

It was the girls who dominated with many heavily involved in the local community via charity, sport and the arts.

Annika has a passion for sports and has mentored and assisted many young people throughout the Forbes community. She has also received numerous other awards for her efforts.

Annika also assists with the Forbes Hockey Club where she lends a hand setting up and around the courts, including refereeing duties.

Scarlett Garland was also recognised for her commitment to both her TAFE work and school work where she has maintained high levels of achievement to go along with her diesel mechanic apprenticeship.

Scarlett has been an outstanding role model for young people wanting a career in a male dominated industry and has demonstrated her passion and determination to succeed in her chosen field the award citation read.

Congratulations to all winners!