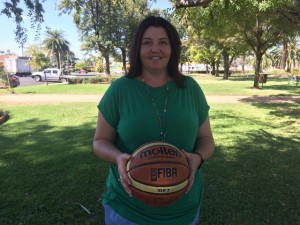 The Forbes Women’s Basketball Association is looking for more players to register, ahead of the start of its season on May 5. This year’s competition will be played on Thursday nights from 6.15pm at the Red Bend College undercover courts.

But with the start of the season soon approaching, Association President Candice Morrison said anyone interested in playing should register as soon as they can. “We have registration packs available at News on Rankin on Rankin Street, and they’re also downloadable from our Facebook page,” she said.

“The first two weeks of the competition will be training, getting to know each other, and finalising the teams, which we hope to have about seven of.” Morrison said any women from Parkes interested in playing basketball were also encouraged to make the short drive down to Forbes. “Parkes doesn’t currently have a basketball competition, so women from there are more than welcome to come down to Forbes to play,” she said.

The Association managed to put together seven teams last year, and is hoping to build on that in 2016. Morrison said girls aged 16 in the Forbes Basketball Association could also step up toplay seniors.

Meanwhile, the Association has elected a new committee, with Candice Morrisonas President, Samantha Rath as Secretary, Debbie Hearn as Treasurer, and Julie Crimp as Publicity Officer.