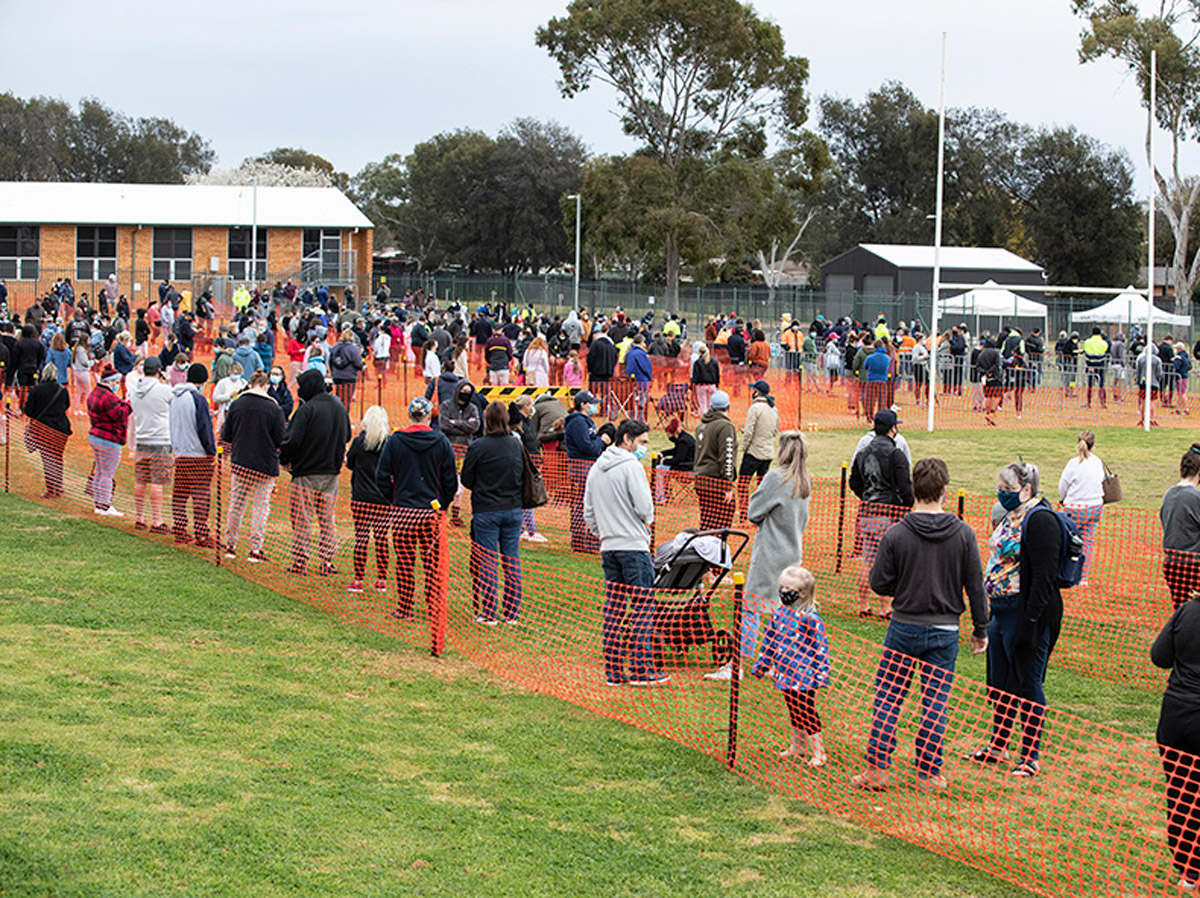 BIG VAX UPDATE: Aboriginal people from across the WN-SWLHD have been queueing in record numbers since the Delta variant infected 60% of the indigenous population in the region and accounted for half of all Aboriginal deaths recorded. Photo courtesy of WNSWLHD.

COVID-19 vaccination rates for Aboriginal people in Western NSW Local Health District (WNSWLHD) are among the highest in NSW and continuing to climb, according to the latest data from the Australian Immunisation Register.

Among those who identify as Aboriginal in WNSWLHD, data until the end of October shows this demographic ahead by the state average by at least 10 per cent in single and double doses for adults and children 12-15yrs – a remarkable effort after what the region has endured.

Brendon Cutmore, WNSWLHD Executive Director of Aboriginal Health and Well-being, said he is very proud of how communities have responded to the need to get vaccinated, particularly after the latest Delta outbreak.

“Around 11 per cent of our District’s population identify as Aboriginal, yet we made up more than 60 per cent of the COVID-19 cases in this outbreak and sadly around half of the deaths recorded,” Mr Cutmore said.

“With the help of our Aboriginal Health Workers, community leaders and partners such as local Aboriginal Medical Services and Land Councils, our region has managed to bring the Delta outbreak under control and reach even some of our most remote communities with vaccine.”