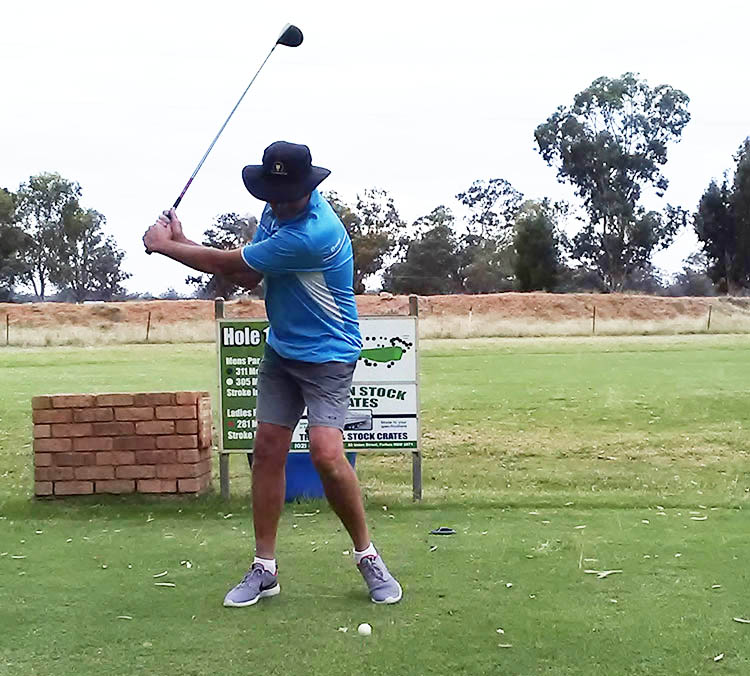 The Saturday Men’s Competition was the Monthly Medal, sponsored by Nutrien Ag Solutions. The field of 65 players battled strong winds, which made for average scores.

The A-Grade winner was John Zannes, with a nett 71 after going out early. Runner-up was Alf Davies with 72 nett, getting there on count back from Wade Ritchie, a new member of the Club.

The NTP’s went to 9th W Ritchie, 18th J Zannes, while the third Hole Super Pin went to Greg Webb, less than a metre from the hole. Visitors were Brad Hazell from Hervey Bay and Damien Noll from Condobolin.

An award is needed for Alex McKinnon who had the worst day of any golfer, ever. He struck trees, went out of bounds, had rebounds that went behind him or onto the wrong fairway, and even managed a few ‘shanks’, but he finished.

The Sunday Stableford Medley field was a small mix of local and Condobolin players. Brett Thomas took the day with 34 points. There was no ball sweep and unfortunately no NTP’s.

Head Pro Adam had his last Junior coaching clinic last week and was pleased with the attendance again. He intends to run a Golf Camp in January, and to continue the Junior Coaching through the first term. Contact the Pro Shop for details.