You are here: Home / Articles / “When I Grow Up I Want To Be A Farmer” 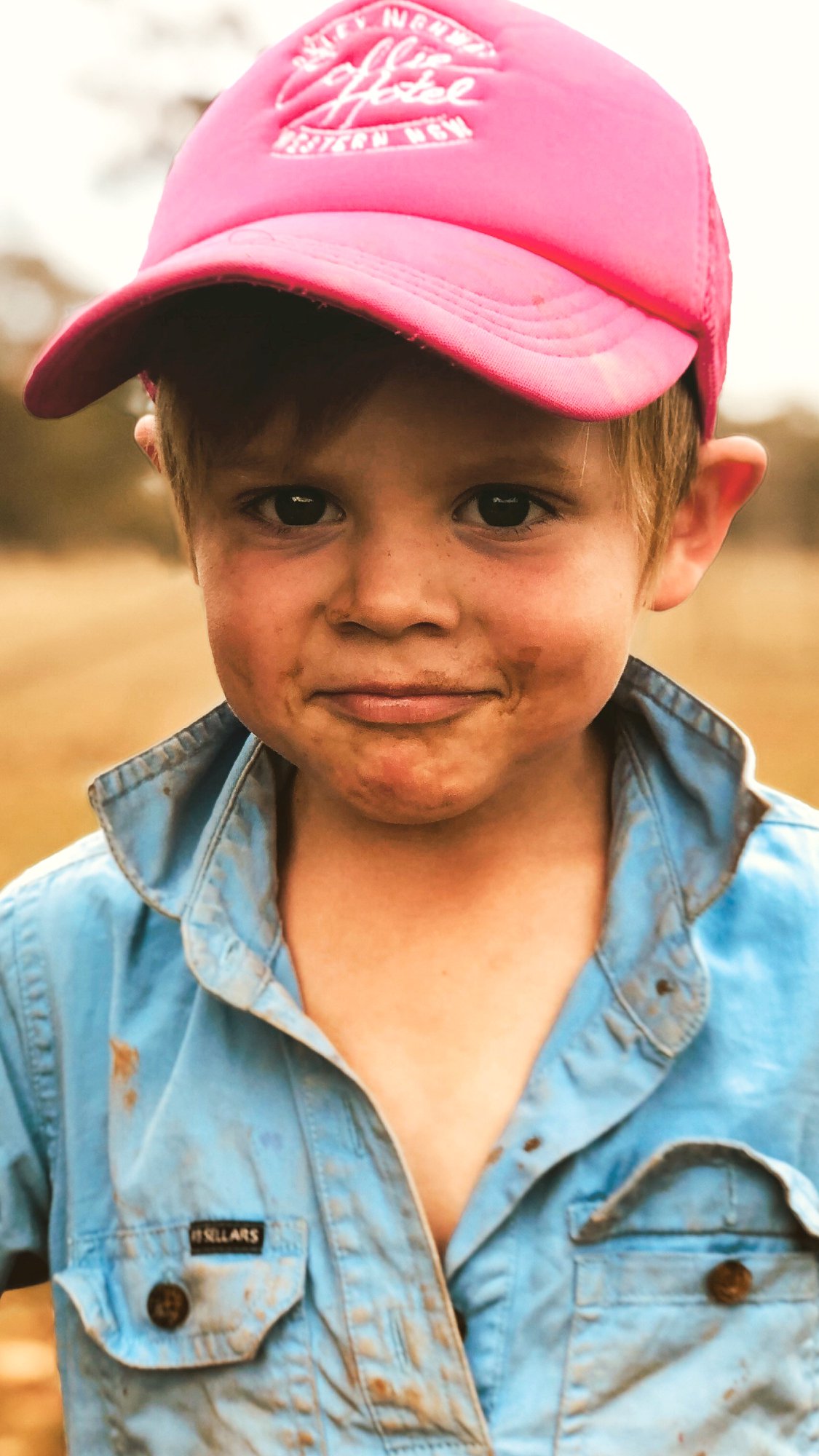 Sam Johnston and Jim Honner from Thank A Farmer For Your Next Meal have one goal – to showcase where Aussie food and fibre comes from, who makes it and how it’s made. They do this one photograph at a time, using the power of social media to spread their message and have close to 60,000 followers on Instagram and more than 30,000 on Facebook. All in an attempt to help bridge the gap between producer and consumer, city and bush.

After great success earlier in the year with their well-received ‘Phone A Farmer Day’ initiative the pair are at it again, this time with the likes of a social media photo competition that is aimed at putting the spotlight on the younger generations, and Australia’s future farmers.

The #WhenIGrowUpIWantToBeAFarmer campaign is aimed at exactly that – recognising how important these young boys and girls are for the future of the Australian agricultural industry whilst also acknowledging the level of passion these youngsters have for the sector.

The concept of the campaign came from someone who knows the saying all too well, Thank A Farmer Co-Founder, Sam Johnston. Sam grew up on a mixed farming property called ‘Merriment’, roughly 50km west of Forbes. He attributes his passion for the sector to his rural upbringing and explains that his earliest childhood memories are from that farm, helping his Dad.

Sam said, “as far back as I can remember, I always wanted to be a farmer. I always wanted to follow in my Dad’s footsteps and one day be just like him. It just gave me so much enjoyment and satisfaction working on our farm, and I loved seeing raw inputs be progressively shaped into a marketable product”.

Affectionately known within the business as ‘The Man Behind The Caption’, Thank A Farmer Co-Founder and Jugiong grazier Jim Honner is one of the few fortunate ones that has been able to turn this childhood dream into a reality, now operating his family farm in Southern NSW. At just 24, Jim runs a self-replacing merino flock of just under 4,000 ewes. “I grew up immersed in agriculture. I was fortunate enough to learn about ag and production from my Father from an early age. I then got to experience different sectors through a year at Newcastle Waters in the Northern Territory, and then university holidays at Hay and Tilpa.

I’ve since returned home to run our family business with my Mum Jackie, in what I see as an exciting time within agriculture.” He explains.

The campaign itself has received some impressive backing with well-known brands such as Hutcheon & Pearce, George the Farmer, Akubra Hats, Ringers Western and What Does A Farmer Look Like? all jumping on board to support the initiative.

To get involved the boys encourage people to upload their photos to Instagram and Facebook using the #WhenIGrowUpIWantToBeAFarmer hashtag. They encourage you to dig out your old childhood photos, snap some new shots of your kids, submit multiple entries, and to nominate/challenge your friends and family to do the same.