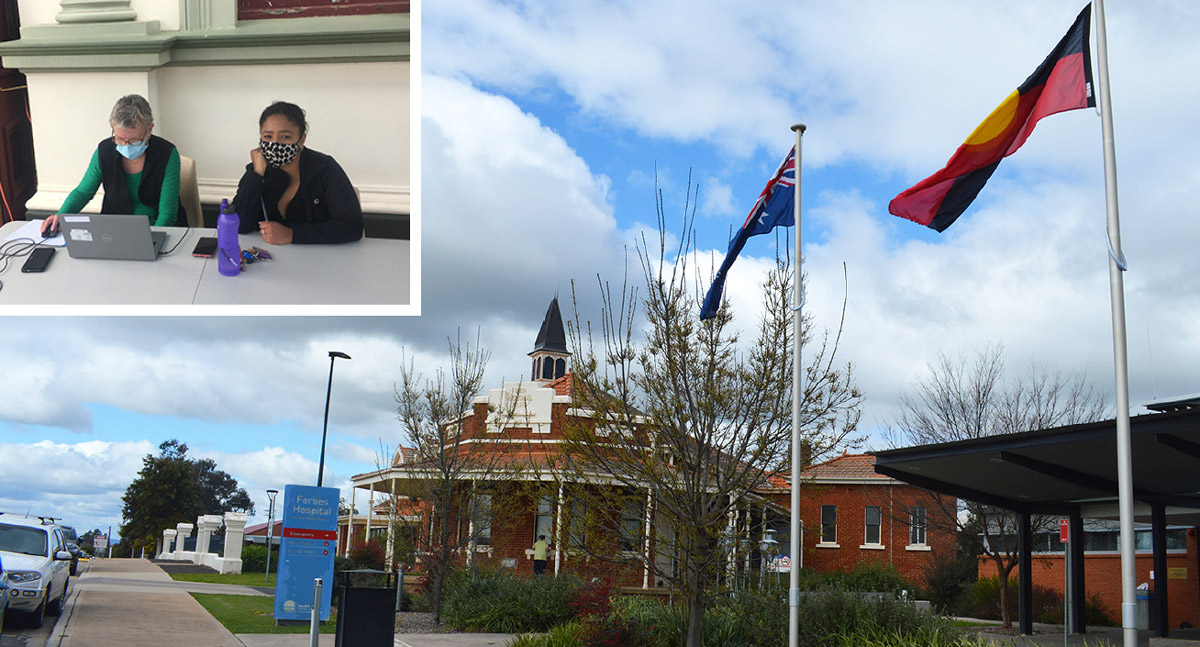 HIGH DOSE RATES: Approximately 78 percent of Aboriginal people aged 16 years and older had received a first dose of vaccine and 68 per cent had received two doses. These rates are well above the NSW figures for Aboriginal people, which were 68.4 per cent for first doses and 58.2 per cent for second doses. 2nd dose Pfizer clinics were also in Forbes last weekend. INSET: FSC staff have also been on hand with ADF throughout the rollout.

The communities of Western NSW Local Health District (WNSWLHD) are showing the rest of the state how it’s done, with some of the highest COVID-19 vaccination rates in NSW.

The latest data from the Australian Immunisation Register revealed that, to 24 October, WNSWLHD’s second-dose vaccination rate for those aged 12-15 was the highest in the state at 68.1 per cent – well above the statewide figure of 51.3 per cent. The second dose vaccination rate for those aged over 16 years in WNSWLHD was 87.2 per cent, among the highest of any Local Health District and also above the overall state figure of 84.1 per cent.

WNSWLHD Chief Executive Scott McLachlan said he is extremely proud of both the District’s vaccination team and communities for showing up in such high numbers to receive their COVID-19 vaccines.

“Our Local Health District has a strong history when it comes to vaccination, so I’m not overly surprised to see the communities stepping up again to protect themselves in this way, but to see it happen so quickly is still really pleasing,” Mr McLachlan said.

“In just the last few months our vaccination teams have visited more than 75 communities, across a geographical area approximately the size of the United Kingdom.”

Since the first dose of vaccine was administered on 21st March 2021, WNSWLHD have so far given more than 115,000 doses across the district. Vaccine delivery continues at permanent clinics in Bathurst, Dubbo and Orange, as well as via mobile clinics reaching out to other communities.

“While the figures so far are great, and definitely something to be proud of, I want to see our entire District well above 90 per cent fully vaccinated. So please, make the effort to get vaccinated through a WNSWLHD clinic, a GP, pharmacy, Aboriginal Medical Service or respiratory clinic.”