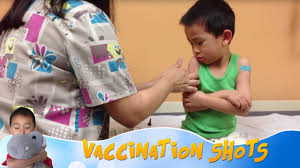 The Western NSW Primary Health Network (WNSW PHN) is pleased with a recent announcement that Western NSW leads the country in the number of fully immunised 5-year olds, with new data released by the Australian Institute of Health and Welfare (AIHW). This compares with a national rate for fully immunized 5-year olds of 93.5% in 2016-17.

“Immunisation is a critical component in building healthy communities and reducing preventable hospitalisations,” said Andrew Harvey, CEO WNSW PHN. “We are thrilled with these new immunisation numbers that show families in Western NSW continue to make the right health choices for their children,” continued Mr Harvey.

WNSW PHN works closely with general practice and Local Health Districts to provide immunisation education and promotion programs for nurses, doctors and Aboriginal health workers. This includes an annual immunisation conference held in Orange and Dubbo in partnership with the National Centre for Immunisation Research and Surveillance to be held on 3-4 May 2018.

WNSW PHN is one of 31 Primary Health Networks across Australia established by the Australian Government that work to support and strengthen primary health care. WNSW PHN works closely with general practice and Aboriginal community controlled health organisations to improve quality and access to primary care in the community. WNSW PHN also funds a range of services to meet identified health needs in areas including mental health, drug and alcohol, suicide prevention, chronic disease, after hours services and older persons care.