You are here: Home / Articles / We’re Still Here Despite The Heat 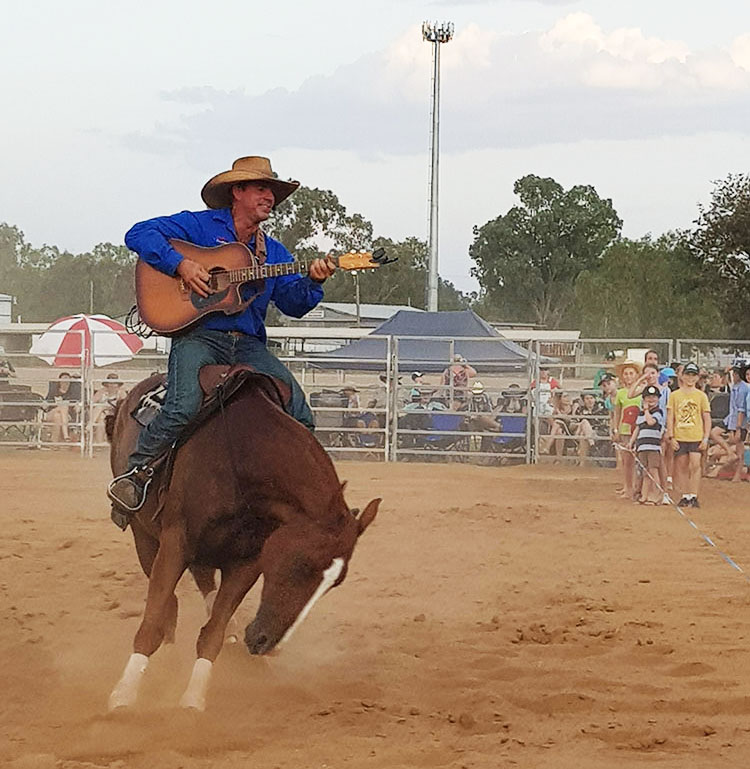 Tom Curtain and his crew visited Forbes on Saturday evening for his ‘We’re Still Here’ tour.

Forbes residents and visitors converged on the showground last Saturday evening for a night of family fun and entertainment. Tom Curtain visited Forbes for his ‘We’re Still Here’ tour which is raising money and morale in drought-stricken communities throughout Victoria, New South Wales and Queensland.

There was an enthusiastic crowd that attended the event, despite the heat, to support the tour while watching interactive shows of horsemanship, music and dance. As the sun went down, so did the force of the heat, making the atmosphere even more cheerful. Children kicked off their shoes to run and dance in the field before the stage while adults mingled over food, drink and good music.

The crowd was captivated by the show.

Money raised on the night went to the CWA drought relief to assist local communities. Attendees expressed their appreciation for the tour and for simply having the opportunity to support drought relief by attending such an entertaining and engaging evening for all. Jodi Penfold of West Wyalong said the evening was “awesome, really great to have something like this on for families” and when asked if she would support a similar event in the future, Jodi responded “absolutely”. Jodi’s sister-in-law Ruth Penfold, also attended and added that “she would definitely come to something like this again”.

It was fantastic to see Forbes residents and visitors from neighbouring towns throw their enthusiastic support behind the tour and behind such an important cause.