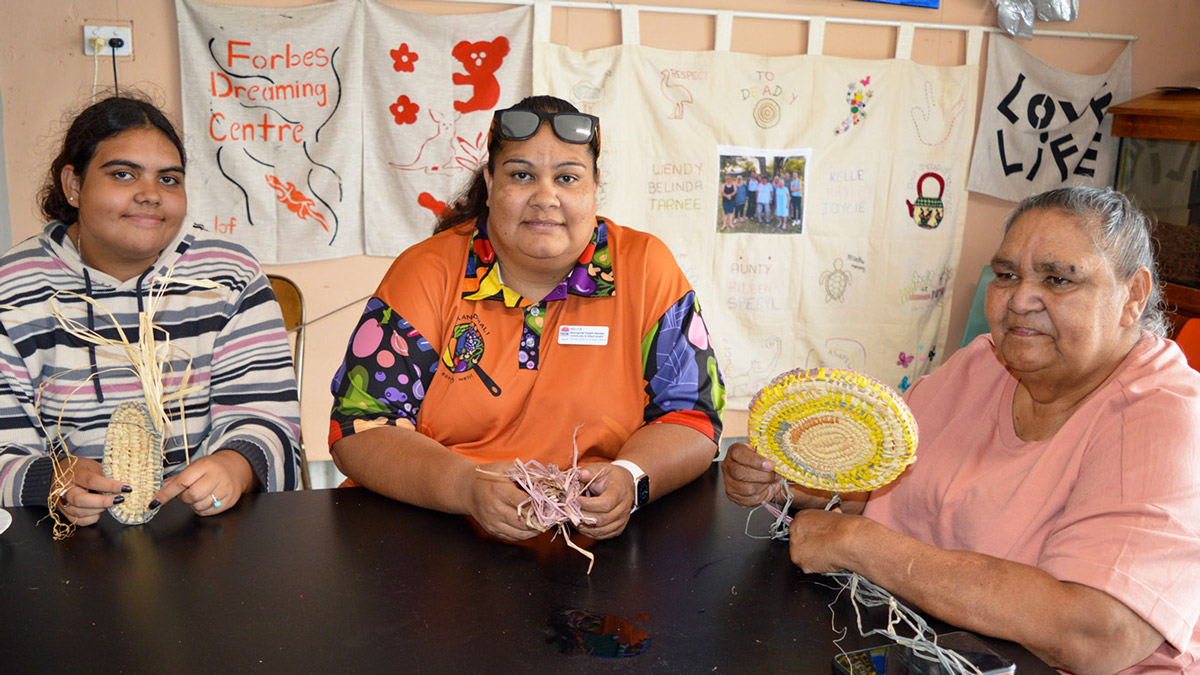 Three generations learn together. Kiesha Bowden with her mum Kelly and grandmother Cathy at the basket weaving workshop.

A basket weaving workshop was but one of the many activities on offer during Seniors Week that is still in full swing in Forbes with more events to follow next week.

A small group of women gathered at the Wiradjuri Dreaming Centre on Monday to learn the traditional craft of weaving baskets from Condobolin’s expert teacher Bev Coe.

“I learned to weave baskets years ago at Camp Coorong, and wanted to pass on the skill to other people,” said Bev. When she is not teaching workshops all over the Central West, you will find her in her workshop in Condobolin called Sista Shed.

Bev has expanded her skill to make grass sculptures, and before COVID-19 she used to go to the markets in Sydney where her creations were in high demand.

The Forbes women were very happy and felt very privileged that Bev could fit in a workshop for them and offered them the opportunity to learn from her.

“We think she’s brilliant,” said Aileen Allen. “She teaches us our culture, which we should’ve learned when we were young.

She has been very patient with us. It is great that she can keep our culture alive and pass it on to the next generation.”

“I wanted to learn more about traditional stuff. It is very important for us young people to learn about our culture,” said Kiesha. She was very excited about learning the skill of basket weaving and planned to keep doing it.

Although the group used raffia to weave their baskets at the workshop, Bev said traditionally you would use native spiny flat sedge for weaving, but during drought times it was hard to get hold of.

She said baskets made from natural materials lasted much longer than those made from plastic. “I made a basket from sisal for my clothes pegs and I always left it at the washing line. It lasted for years, much longer than anything plastic.” 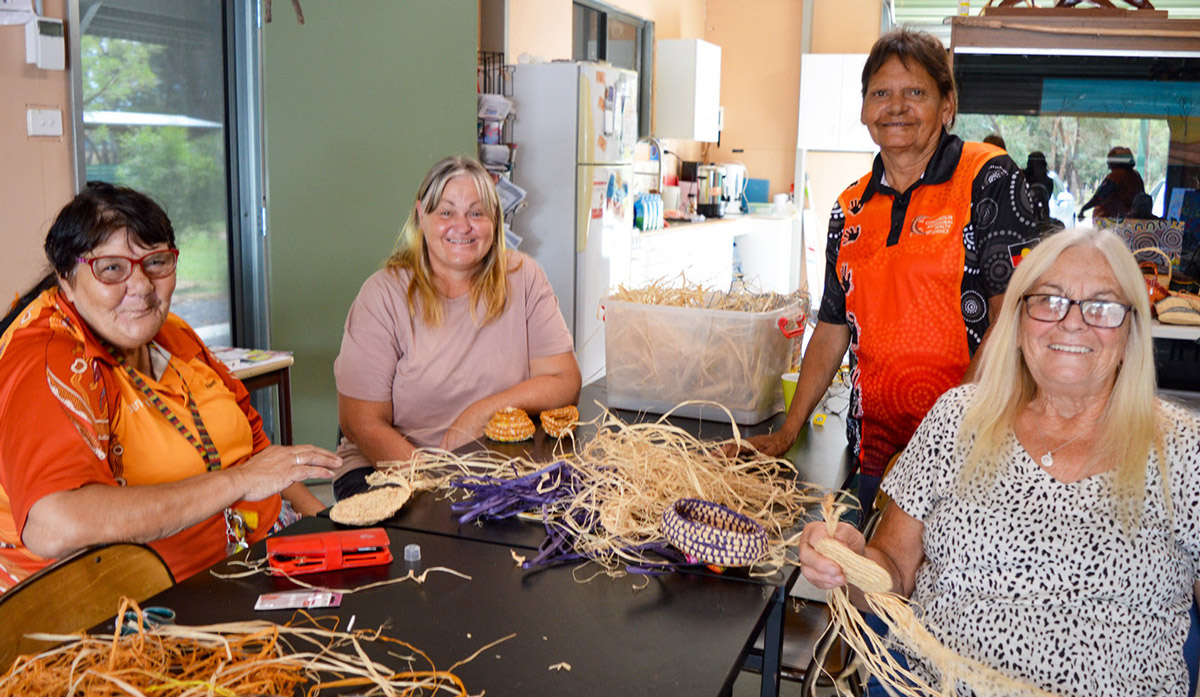 Bev Coe (standing) from Condobolin presented the workshop. She is with (L-R) Aileen Allen, Wendy Hughes and Margaret Eldrige.