Home » Wash Outs A Plenty Over The Weekend 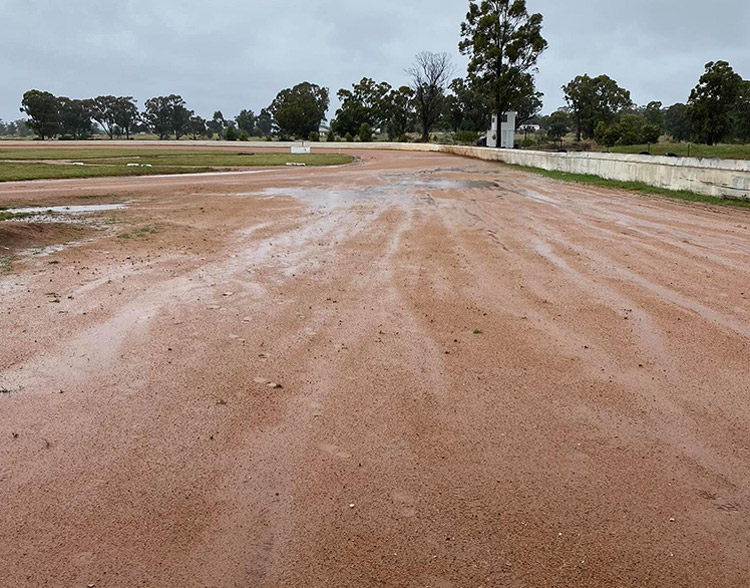 WET TRACK: The Forbes Autosports Club Round 3 MX Forbes Long Track was called off on the weekend after the track was deemed unsafe to ride. Pic courtesy of FASC.

After 18 months of little to no sport, rain was the last thing needed. From cricket to croquet to the Forbes Long Track Round 3 MX – most sporting events that weren’t under a roof were called off this weekend due to extensive rain and major flooding.

Senior and junior cricket were called at the end of last week after showers late last Friday scuppered any chance of play and as rain went into Saturday other junior sports followed suit as did seniors. By late Saturday afternoon the only sport was on television.

Meanwhile the track at the Forbes Autosports Club looked more like quicksand. Officials inspected the site and were hopeful of some racing but the God’s refused to listen as more rain fell while the track was being assessed forcing the club to cancel late.

The club will refund nominees in the Forbes Long Track and may still yet look for another weekend in the future to hold their race meet if possible so watch this space. Refunds can be obtained by calling the FASC Office on 0409 918 019.