Doctors are warning about the risks of relying on smartphone mindfulness apps, offering meditation and breathing exercises, for your mental health.

The apps have become some of the most popular downloads, offering everything from improved creativity to pain relief.

“We noticed that apps are promising consumers quick, easy, effortless and often instant solutions, to what they’re framing as their health issues,” said Dr Quinn Grundy, a postdoctoral researcher with the Univer- sity of Sydney’s Charles Perkins Centre. 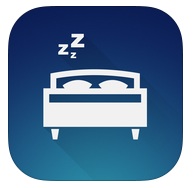 She said that such quick-fix pledges could be damaging to those seeking help. “If your app has promised that you’ll get better really easily and really quickly and you don’t, consumers shouldn’t feel like there’s something wrong with them,” Dr Grundy said. “Or that their mental health can’t be treated.”

While the apps tout their healing credentials, only a small percentage of them have been created by universities or healthcare professionals.

“There was a couple from the government that we looked at, the Department of Defence for example, and a few from some prominent mental health organisations — and I would say that we had the most confidence in those.”

Many of the apps offer a small amount of content for free, after that users are asked to subscribe. While this has become common to many types of apps, Dr Grundy said those downloading mental health apps were already vulnerable.

“We would argue that mental health consumers are perhaps in a more vulnerable position to things like targeted advertising, or in-app purchases or a subscription model,” she said.

She said app creators, as well as moderators of online stores, needed to face increased regulation.

“Although developers are often the target of regulation, the big players like Apple and Google are really the de facto gate- keepers at the moment,” she said.

One PHD student said she started using a mindfulness app last year to help her with some ‘bouts of anxiety and stress’.

She decided to download an app that was highly-rated in the app store, however it soon began increasing her anxiety. 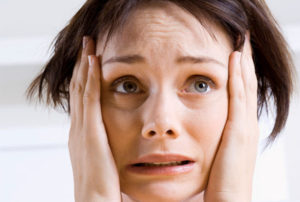 “The app would ask you to rate on a scale how you felt you’d done in certain areas of the day,” she said. “For example, had you exercised, eaten healthy, had you done any relaxation techniques.”

“If I missed out on a few activities in a day, the app would actually rate my day and it would sort of tell me that I hadn’t had a good day.”

The student said she no longer used a mindfulness app, and recommended using any of these programs in conjunction with professional advice.