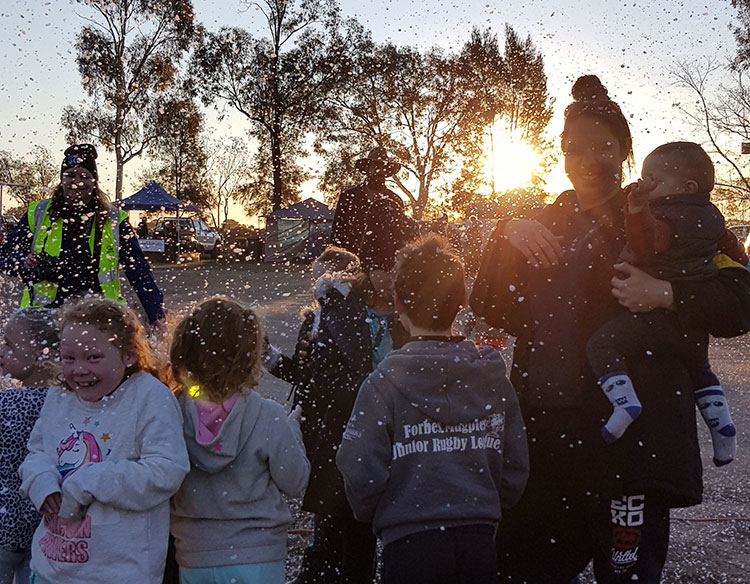 Children frolic in the snow at last year’s Frost and Fire Festival in Forbes, it is easy to see why families are choosing country living over city life.

In 2009 Moana Duggan, owner of Lakeside Takeaway, moved from Sydney to Forbes with her family. “We had been there for long enough, it was a 45 minute drive to school each day, out here it’s a slower lifestyle and it has been really good for the kids,” she said.

Moana’s sentiments are shared by tens of thousands of Australians who moved to regional towns from cities, in fact, 65,000 more people chose to move to regional Australia from capital cities than the other way around, according to a new Regional Australia Institute (RAI) report tracking population movements between 2011 and 2016.

While it wouldn’t be far-fetched to asume it is retirees making up for the bulk of those who have made the switch from city to country, Minister for Population Cities and Urban Infrastructure Alan Tudge said, “It’s also great to see the trend of millennials moving to regional areas, given so often they can spark life and vitality in these communities by becoming long-term community members.”

“Regional Australia is a great place to live and work and the Liberal and Nationals Government will continue to invest in the success and liveability of our regions to ensure it stays that way,” Michael said.