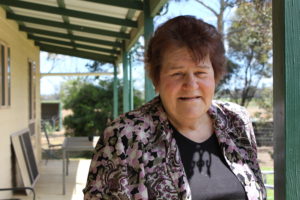 All registered voters in the Orange State District, which includes Forbes, will have to go to the polls for the third time this year in the NSW State by-election on Saturday, 12th November to vote for a member of the Legislative Assembly.
The seat of Orange became vacant when National MP Andrew Gee won the federal seat of Calare in the July election.
A field of seven candidates are contesting the elections with Forbes resident Dianne Decker the only candidate from outside Orange. The other candidates are Scott Barrett for the Nationals, Philip Donate for the Shooters, Fishers and Farmers Party, Janelle Bicknell for the Greens, Scott Munro an Independent, Bernard Fitzsimon for Labor and Kevin Duffy Independent. Dianne is standing for the Christian Democratic Party.

Dianne, who served as a Forbes Councillor for 16 years, said the biggest issues she would be focusing on were council amalgamations, flood proofing the Newell Highway to Parkes and West Wyalong and health. She said the Shire Council was the first place people would go to when they had a problem. “This is where locals feel they can be heard. If councils are amalgamated this would no longer happen.”

For Dianne, who lives on the Newell Highway and experiences the silence and desertion on a daily basis since the floodwaters, the need to flood proof this important link has never been bigger. Another service she has experienced
personally is health when she needed life saving medical care 18 months ago. “The Orange Hospital is vital for medical services in our region and must be given sufficient staff.”