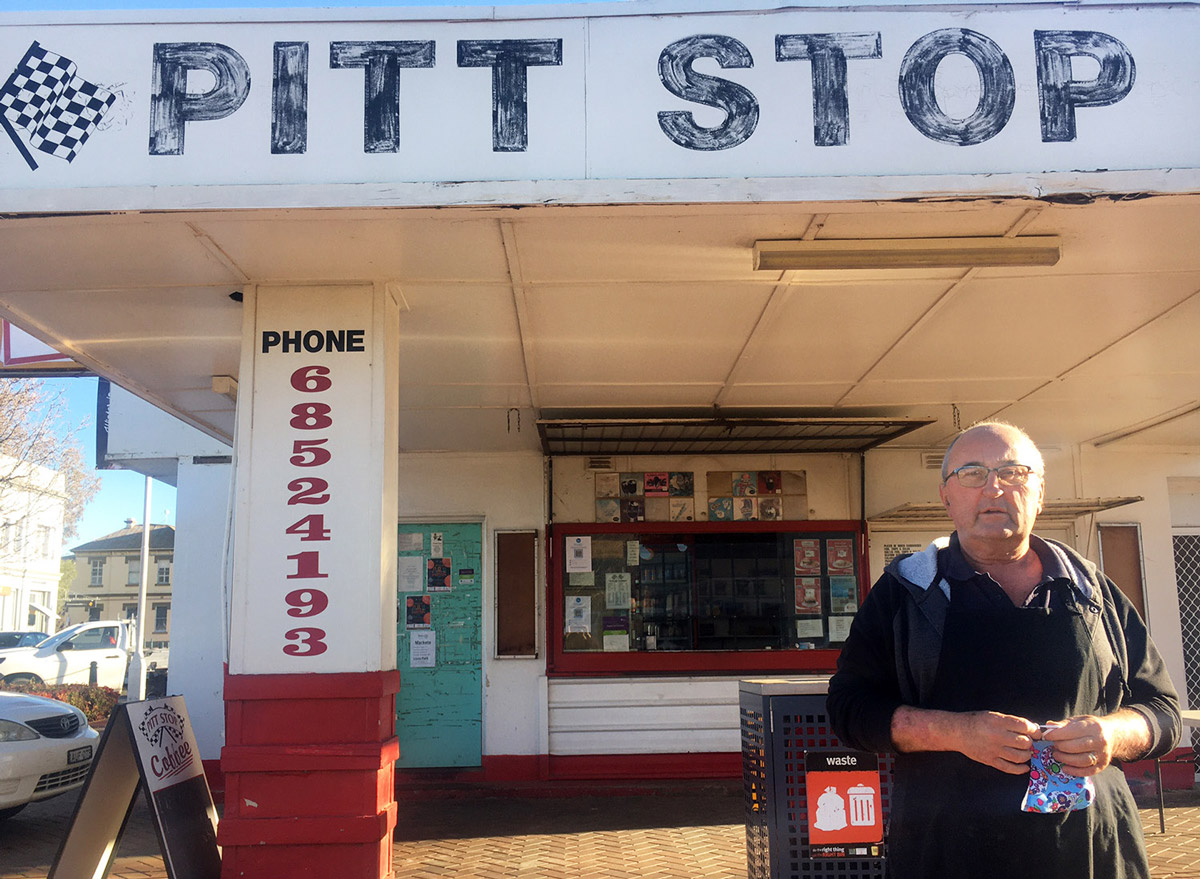 GRILLED TO BITS: Mark Wright and wife Debra along with their family are excited about the next chapter after the Pitt Stop was sold allowing the way for redevelopment of the area. INSET: Mark and Debra Wright

When Mark and Debra Wright bought the Pitt Stop Café on March 20, 2000 little did they realise it would become an institution and icon of Forbes. Now, nearly 22 years later, the popular couple are putting the thongs in the rack for the final time.

“We love the job, the town and the people,” said Mark, “but now is the right time to retire.”

Initially Mark and Deb met in 1983 in Queensland for work before settling in Forbes thereafter. The Wright’s plan to move back to Queensland after travelling to Tassie then around Australia when they can such is their love for the place.

After purchasing the business off Bob and Nola Vandameer, the Wright’s, along with children Johnny (32), Lachy (30) and Grace (28), are finishing up with the land about to be purchased for community development.

The new space will be developed by Forbes Shire Council with an emphasis on safety for pedestrians and families.

For the Wright’s however, it is now all about the future and remembering all the customers who drove into Forbes favourite café.

“It was always a lifelong goal of ours to run a successful small business and make so many people happy. It is a lot of hours but the rewards are priceless!”

The ultimate sacri-fries! Congrats to the Wright family and all the best!

Hangover food will never be the same!