You are here: Home / Articles / The Food Of Kindness 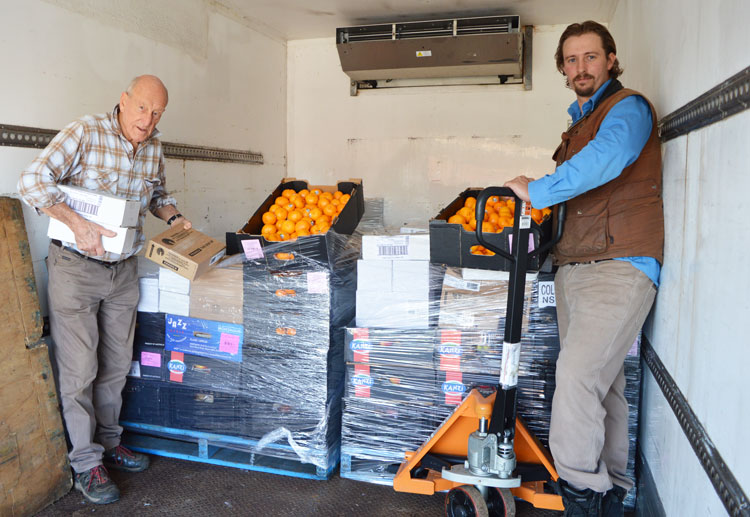 When the drought really tightened its grip on farmers more than a year ago, Rhonda had no idea what an impact the flyer she found about Georgie’s Pantry in Parkes would have on her.

“It was getting pretty tough, and I saw the flyer about free groceries for farmers. I was one of the first to rock up and became one of the regulars.”

Rhonda said she soon realised it was not just about the groceries, but also the social aspect. “Everyone there is just so friendly and understanding. I look forward to going there every week and catch up on the latest news.”

She said the pantry helps so many farmers from all over the Central West, including Forbes and enables them to pay other bills not having the expense of groceries. “It is also fantastic to know that all that food won’t go to waste.”

As a founding member of Food Rescue Central West, Georgie’s Pantry is part of a network of nine agencies reaching over 2,000 clients in an area covering 63,000km2.

The project supports soup kitchens, hands out emergency food hampers and runs community pantries and gets support from food relief charities, such as Second Bite. It has been operational since March after they secured a grant from the Environmental Trust to buy a refrigerated truck and refrigerated storage in Bathurst, as well as fridges for Georgie’s.

“It was a significant achievement to get it off the ground, let alone run it,” said founding member Elliot Redwin from Bathurst.

He deliveries 10t of food to all the member agencies once a week. “From Parkes they go out even as far as Walgett and Lightning Ridge.” He said Georgie’s Pantry was hands down the most successful in accessing the farming community. “We can all learn a lot from what has happened at Georgie’s, and they are happy to share their knowledge.”

“The rain might have come, but we will continue to help the farmers until there’s been a harvest. It has been fantastic to be able to help up to 60 farming families each week.”