You are here: Home / Articles / The Egging Of Scott Morrison: A Case Of Common Assault? 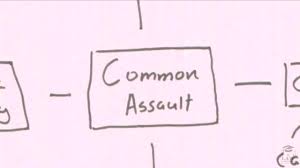 Amber Holt was driving to work in May this year, when she heard over the car radio that the PM (Scott Morrison) was attending the CWA conference in Albury. The 24-year-old bought a carton of eggs and proceeded to the venue where the PM was speaking with rural women as part of his campaign for the upcoming federal election.

She then walked up behind Mr Morrison and tossed an egg onto the crown of his head, which ricocheted off the prime minister’s skull with its shell unbroken.

Mr Morrison’s security guards tackled his assailant to the ground. Ms Holt was charged with Common Assault for throwing the egg, as well as drug possession, as she was found to have 0.3 grams of cannabis in her pocket following her arrest. Holt explained that she carried out the failed egging in response to the PM’s treatment of refugees in offshore detention.

The offence of common assault falls under Section 61 of the Crimes Act 1900 (NSW).

It sets out that the crime involves an assault that doesn’t cause actual bodily harm.

The legal definition of assault differs to its everyday use, where people commonly think of assault as the inflicting of unlawful force upon another. In law the mere threat of it can also constitute an assault, if the subject of it feels fear of violence.

In Morrison’s case, the egging constitutes an assault, as force was inflicted upon him.

If it’s shown Holt meant to subject the PM to unlawful violence, she perpetrated the act intentionally.

If we at MATTHEWS WILLIAMS can help you on any legal matter, feel free to call us.