You are here: Home / Articles / The Cry For Peace 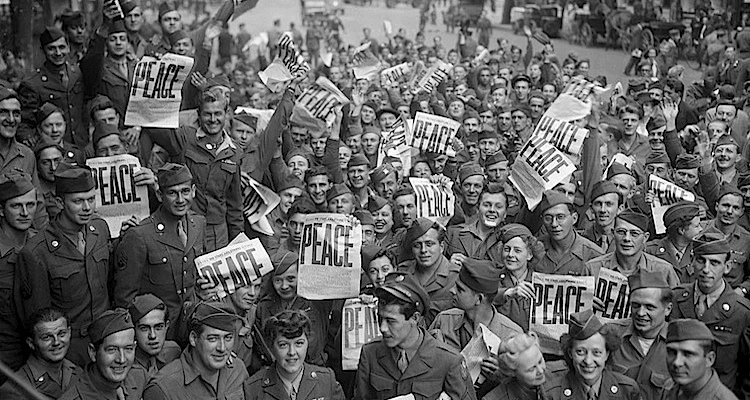 When Victory over Japan (VJ) Day dawns on Friday, 14 August it will be 75 years since the guns fell silent, ending World War II. The official instrument of surrender was signed in Tokyo on 2 September 1945. Years of carnage and destruction had come to an end and millions of people took to the streets and pubs to celebrate the peace, mourn their loved-ones and to hope for the future. The end of the war in the Pacific was particularly poignant for Australia with the war literally raging on our doorstep.

To show respect, on Saturday, 15 August, towns across Australia and New Zealand will once again see Town Criers in their roles as official ambassadors for their cities, towns and regions delivering The Cry For Peace, to solemnly commemorate this important day in Australia’s history.

The ranks of our WWII veterans diminish daily and the freedom that we as a nation enjoy today is due directly to the tenacity and courage of those men and women who served in all three branches of the services. In addition to veterans of WWII, many citizens served as air raid wardens, joined the land army, and worked in manufacturing plants that kept the war effort going.

The end of WWII was not only a monumental relief for the thousands of surviving Australian soldiers abroad, but also for the civilians on Australian soil who were under threat. While attacks on Darwin and off the coast of New South Wales and Victoria are well known, Japanese troops also landed in Western Australia and German submariners came onshore in South Australia.

The Cry for Peace is taking place to mark Victory in the Pacific at 11.05am this Saturday. To take part in this commemoration, the Parkes Town Crier will be doing his cry at the Cenotaph in Cooke Park, Parkes.