You are here: Home / Articles / Tariff Cuts And Better Access For Aussie Farmers 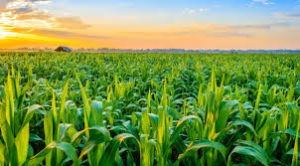 Australian farmers exporting overseas will be better off as tariffs are slashed or abolished under the Trans Pacific Partnership and the China-Australia Free Trade Agreement (ChAFTA), said Minister for Agriculture, David Littleproud. “Tariffs on our farm produce going into China will be largely eliminated as of 1st January,” said David.

Key exports including wine, most fruit and vegetables, seafood and some dairy will no longer cop a tariff in China, which means our produce will be more affordable for Chinese consumers.

“Just some of the benefits are our farmers will sell more dairy into Canada through a new quota, more rice into Japan and no longer face tariffs on sheepmeat or pork into Mexico,” said David.

“We’re giving our farmers more options overseas so they can sell where they choose and not just to the supermarkets here in Australia.”

With the Comprehensive and Progressive Agreement for Trans Pacific Partnership (CPTPP) entering into force on 30th December 2018, exporters will receive two tariff reductions.

The first on 30th December—reductions associated with the entry into force of the agreement—followed by the annual tariff reduction rate on 1st January in those countries which ratified the CPTPP. Australia’s ratification of the CPTPP meant Australian exporters benefitted from immediate tariff cuts on entry into force of the CPTPP on 30th December 2018 for Canada, Japan, Mexico, New Zealand and Singapore, and further tariff cuts into Canada, Mexico, New Zealand and Singapore on 1st January (Japan’s second tariff cut will take effect on 1st April).