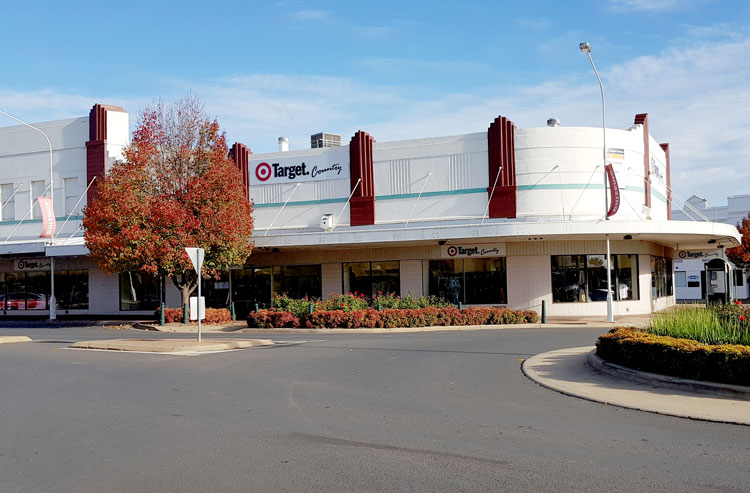 The recent announcement by Westfarmers that Forbes Target, alongside 159 other mostly regional stores, is to be closed or converted into Kmart has been met with unanimous expressions of disappointment throughout the Forbes Shire.

While Target has said they would focus on increasing awareness of their online business for regional communities, as well as broaden their online capabilities, Forbes Business Chamber’s Marg Duggan has warned that this would only further damage the local economy. “It’s really disappointing, closures by corporate business have a bigger impact here than in cities,” said Marg.

Both the Forbes Shire Council and the Forbes Business Chamber are going to approach Westfarmers to urge them to reconsider the closure of Forbes Target, which currently services over 65,000 people in the Forbes Shire and surrounds.

“The size of the store, should it remain empty, will have a tremendous impact on our beautiful CBD and the reduction in traffic will have devastating consequences for smaller businesses in town.” Marg went on to say that the closure is “a tough reminder of the consequences of online shopping and the changing global economy,” urging consumers to “reconsider their shopping habits and shop locally before going out of town.”

While many Forbes small businesses have an online presence, the sustainability of the CBD relies on foot traffic coming into the bricks and mortar stores, with the Forbes Business Chamber reminding shop owners that they have the responsibility to provide a good shopping experience for their customers.

A Forbes retail veteran and store owner, Stewart Robb said: “We think it’s terrible. We have been here for 40 years, before there was a department store there and it was pretty dire then. This closure will drive locals out of town for basics,” adding, “Grenfell and Condobolin and all the other towns in between will be going to Parkes,” a move that will have a devastating impact on the local economy.

One Forbes saleswoman believes that the Business Chamber and Forbes Shire Council’s energy is better spent in finding a replacement, such as Best&Less, to occupy the space. “Everyone else will be chasing up Target,” a company many retailers expressed have “made their decision based on numbers, so there is no way to change their mind.” Forbes Target is set to close mid-next year, and while the predicted impact of the closure is daunting, the ingenuity and resilience of the Forbes community is sure to find a solution.