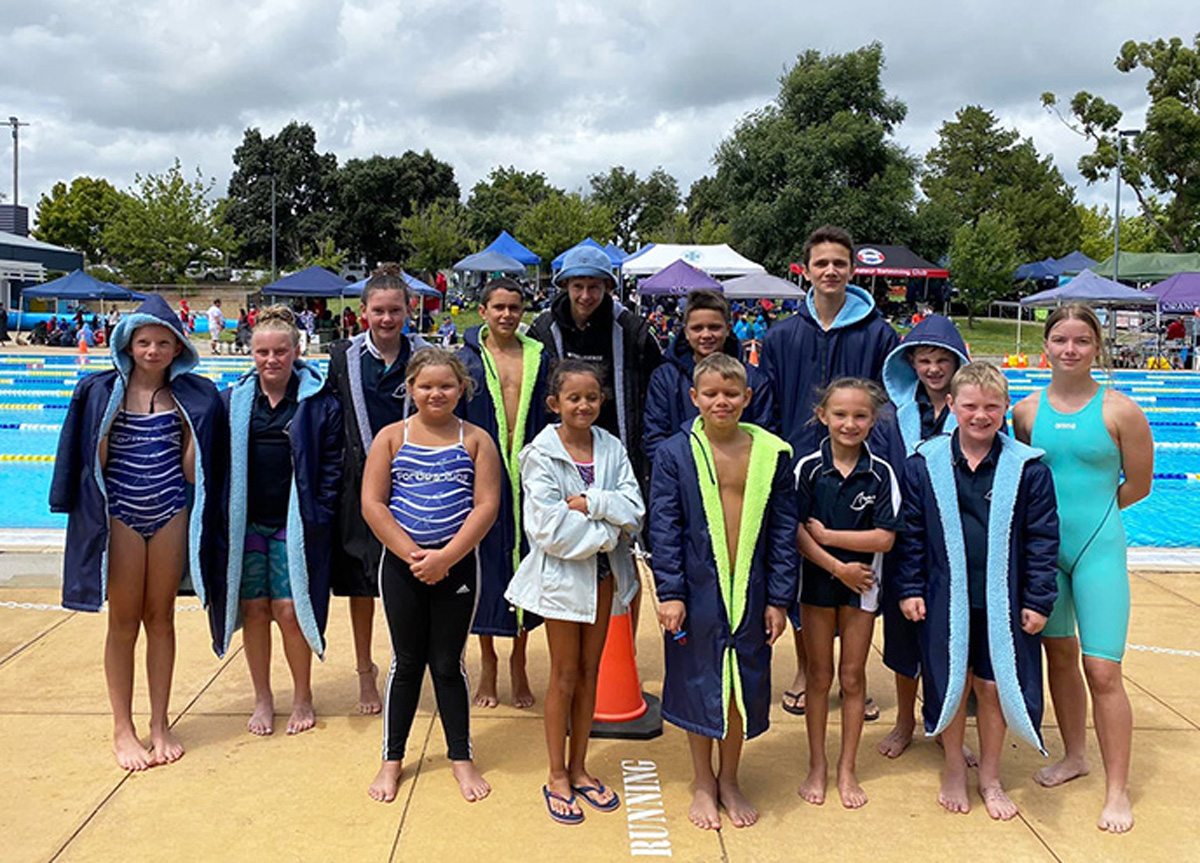 FORBES FINS: The Forbes Fins enjoyed some outstand-ing success and results at the Mountains and Plains Summer Swimming Carnival. From Age Champions to PB’s, the Fins are making serious waves! Photo supplied.

Forbes Pony Club’s first rally day of 2022 last Sunday was an outstanding success. There were lots of smiles according to all reports! A note that the Zone 11 AGM is on February 15th from 7pm at the Forbes Bowling Club while Harden Pony Club will be running an ODE on Sunday March 6. To keep updated please follow the Forbes Pony Club Facebook page.

The Evolution Mining West Wyalong Rugby League Knockout is on again on February 25 and 26. It will be the 50th instalment of the popular event that attracts the crème de la crème of country rugby league west of the Great Divide. Not only is it a chance for players to have an early hit out and see how they match up against opposition groups but it will be vital for teams to establish combinations before the season starts.

The Forbes Autosports Club Flat Track Annual Double Header is on April 2 and 3 at Forbes Hoopers Road track! There is a large amount of prizemoney up for grabs and the club hopes to see participants from far and wide. On May 6, 7 and 8th the All Australian Ride-On Mower Racing Champs will also be returning to Forbes in 2022 and should prove popular again. For more info email secretary@arolmra.net

A big congrats to all participants at the Mountains and Plains Summer Swimming Championships last weekend. The Forbes Fins had a huge medal haul with Leo Dwyer and Charlie Howe both winning their age groups! Well done!