Home » Solid As A Roc 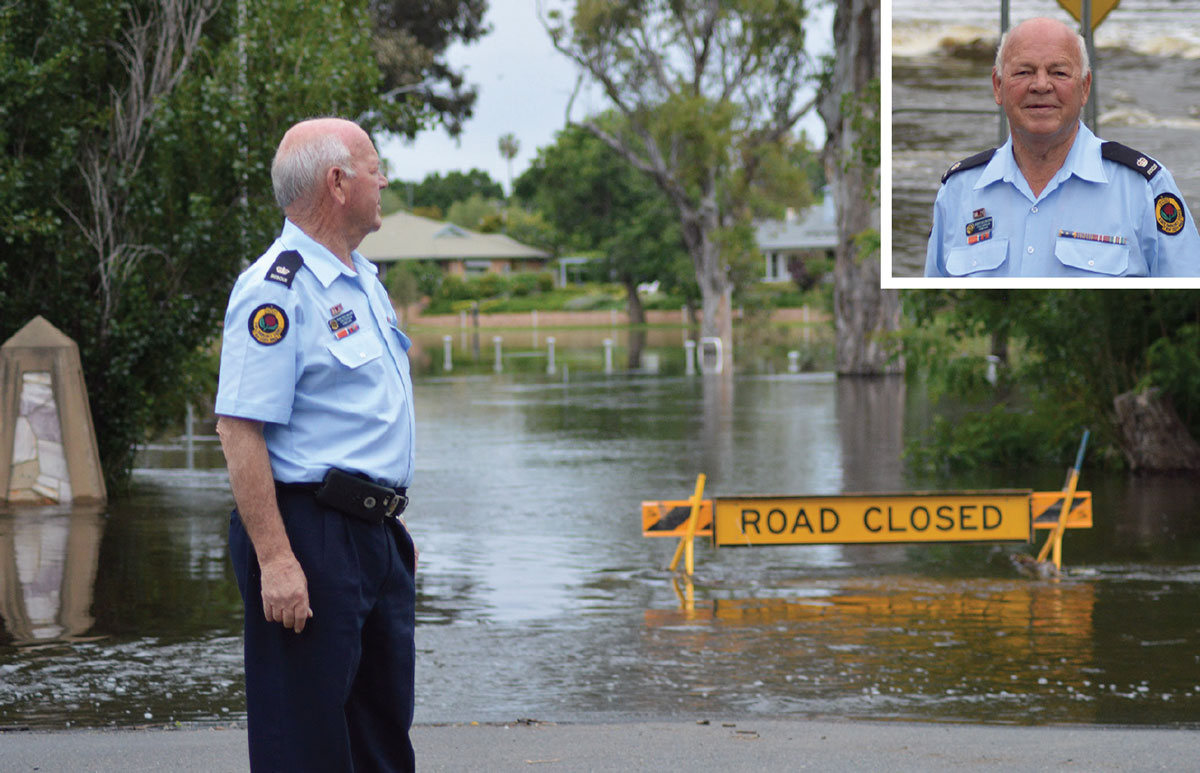 KEEP MOVING FORWARD: Roc (Robert Owen Clive) or “Rocky” Walshaw staring out at the floodwaters last week in Forbes. Next year Roc will mark his 30th year in the SES.

For nearly 30 years Roc Walshaw has been the face of the SES response around these parts. “Rocky” as he is known by one and all is the definition of a local legend, but his mark has been felt far wider. The list of those who speak glowingly of him is too long to print here.

Ask the folks of Moree when the Mehi broke some years back. Rocky tracked down and orchestrated a way for milk, bread and other provisions to get to town. He’s a bloke you want to follow and someone you love to have side-by-side in the trenches.

The Nyngan floods in the early 90s piqued Roc’s curiosity while he was in Narromine and it didn’t take long for him to join the SES where he soon took over from an old army pal upon his return to Forbes.

Since then, he has seen plenty of floods, the past decade has been among the worst and now the 2021 floods after the COVID

pandemic. Even after this interview, Rocky was soon to be boarding a chopper to Corinella cut off by flood waters after the mighty Lachlan burst its banks last week. He was delivering mail and supplies. Five minutes with Roc Walshaw and you can tell he genuinely cares. He doesn’t seek attention and he would give you his last tenner.

He’s seen worse floods than 2021 but acknowledged they’re all different and present their own unique challenges. This one will hurt. They all do.

He looks out over the raging flood waters near South Circle with the thousand-yard stare and steely determination only those who have braved the worst of it can understand with hands on hips.

“We’ll bounce back,” he said. “We always do. Forbes is a resilient little place filled with strong people.”

Solid as a Roc.