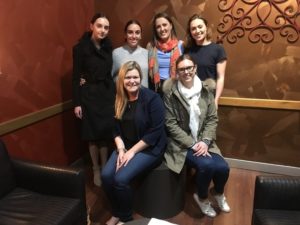 Forbes Showgirls: The showgirl contestants have their interviews on Saturday, 2nd September with a high tea to adjudicate their social abilities. The Forbes showgirl winner will be announced 8th September at the show’s official opening.

“The earthworks have now been completed and the pavement has been placed leaving pavement stabilisation works, final compaction, and trimming to be completed prior to sealing,” said Forbes Shire Council General Manager Danny Green. “We understand the works are an inconvenience to some. But the aim with Battye Street is to do the job once and do it right so the road serves us well in years to come.”

Lachlan Valley Water Photo Competition: An amateur photography competition aimed at bringing to light the diversity and value of irrigated food and fibre production in the region was launched on Wednesday by Lachlan Valley Water (LVW). “This photography competition goes a small way to help bring greater awareness both within and beyond the Lachlan Valley of just what we do have here, as well as the value of what we produce,” said LVW chairman Tom Green. The photo competition is open to all amateur photographers in two categories – youth and open. The $300 cash prize money will be split between the two categories with a winner and runner up to be announced on 29th September. All details about the competition and entry forms are available on the website – www.lvw.com.au.

Phoenix Distribution: The Forbes Phoenix is available in Trundle, Tullamore, Tottenham and Bogan Gate every Friday. Pick up a free copy and contact us with your news and events at editor@forbesphoenix.com.au

Gift to CanAssist: The team at News on Rankin was excited to hand over a donation to the local CanAssist branch following fundraising for the business’s tenth birthday. The Rankin Street store celebrated a decade in business last week and used the opportunity to raise money for CanAssit throughout the celebrations with gold coin donations for lucky dips and lolly bags. “It’s important that we help organisations like this to continue their tremendous work within our community,” said Michelle Greenhalgh.