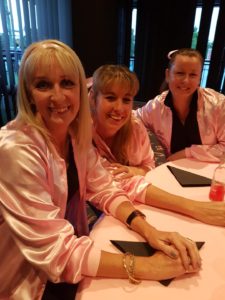 Ava fundraiser: The music-themed fancy dress fundraiser for Ava Garland and fam- ily, and the McGrath Foundation raised $7,260 with 92 people attending. The Pink Ladies won the Name the Tune game, re- ceived a prize for the first to pay for table tickets and won best dressed group. Best dressed table went to Sally Duff’s team as Groovy 60s/70s. Best dressed man was Michael Butler as Kermit the Frog and best dressed lady Krystal Hanley as Baby Spice. The Man game winners were Nic Rebellato and Phil Peterson. The Ladies game was fairly close but Heidi Stewart beat Veronica Rebellato by three seconds. The auction was done by Tye Stewart for various donated items.

Win a double pass: Charlie Siem, one of today’s foremost young violinists, is in Australia for the first time. He is giving a concert with the Omega Ensemble on 1st April at Borrodell Vineyard in Orange. Born in London to a Norwegian father and Brit- ish mother, he began to play the violin at the age of three after hearing a broadcast of Yehudi Menuhin playing Beethoven’s violin concerto. He was educated at Eton College, before reading music as an un- dergraduate at Cambridge University. From 1998 to 2004 he studied with Itzhak Rashkovsky in London at the Royal College of Music, and from 2004 he has been mentored by Shlomo Mintz.

You can win a double pass in our competition today on page 11.

Seminar for farmers: SafeWork NSW has doubled safety rebates to farmers. Forbes Small Engines is holding a seminIaNr oTnER Tuesday, 4th April at 2pm that will count as an eligible interaction so farmers don’t need to do the online webinar.

SafeWork NSW and Tocal College (Quad bike safety training) will deliver the seminar. Contact 6852 3228 to book or for more information.

Spoons + linen: Drop your pre-loved and unwanted spoons (soup and dessert) and linen (napkins, table cloths and sheets)
at the Platypus Gallery in Forbes for the Grazing Down The Lachlan event. 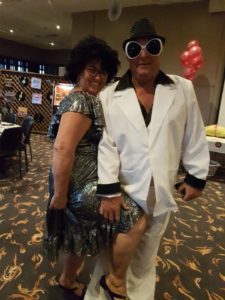