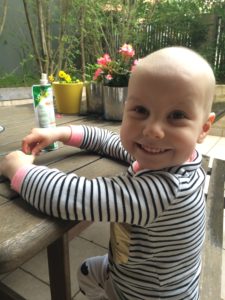 Fancy Dress Fundraiser: Get your dress- ups ready for Saturday, 4th March to help fundraise for Ava Garland and the McGrath Foundation at the Forbes Inn. Three-year- old Ava was diagnosed with acute Lympho- blastic Leukaemia in May last year and has been getting intensive chemotherapy treat- ment at Westmead children’s Hospital in Parramatta for eight months. She will return to Forbes next month for 18 months main- tenance chemotherapy. Ava and her family have been through very tough times. The McGrath Foundation for breast cancer as- sist many women undergoing treatment. In support of Ava and all women diagnosed with breast cancer, dress up as your favour- ite musician or band from the 1920s, 1950s Rock & roll, 1960s flower power, 1980s punk, 1990s dance, pop or rap bands. Tickets are $35 each nibbles provided. RSVP Tami Stewart 0427552243 tami.james@ bigpond.com or Sharon Maguire 0428 563 161 cooee@activ8.net.au

Word of the Year 2016: The Macquarie Dictionary has announced FAKE NEWS as the Committee’s Choice for Word of the Year 2016. The committee said: “The concept of fake news has been one of the big issues of 2016, not only in Australia but around the world. It captures an interesting evolution in the creation of deceptive content as a way of herding people in a specific direction. There has come a point with fake news where people are beginning to believe what they want to believe, whether or not the news story is actually true.”

2017 National Awards for Local Government: Nominations for awards close 3rd March. According to the Minister for Local Government and Territories, Fiona Nash the awards recognise innovative projects which provide new or improved local gov- ernment services. “Councils have the opportunity to nominate under a wide range of categories including boosting productiv- ity through infrastructure or contributing to regional growth,” said Member for Riverina and Minister for Small Business, Michael McCormack. More information is available at: www.infrastructure.gov.au/nalg.

Return to school anxiety? School is a bubbling brew of expectations, social and academic challenges, complex relation- ships and emerging identities. Little wonder anxiety levels – of students, parents and school staff – can rise as the new academic year begins. CEO of beyondblue, Georgie Harman urges parents and carers to visit healthyfamilies.org.au. It has resources to help tackle back to school anxiety with prac- tical tips and strategies for parents. 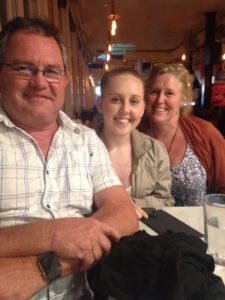 Dining at Chin Chin in Melbourne ahead of the Austral- ian Open tennis were Forbes locals, Rowan, Eliza and Suzanne Woods. Eliza is a second year student studying Musical Theatre at Jason Colemans Ministry of Dance in Melbourne.