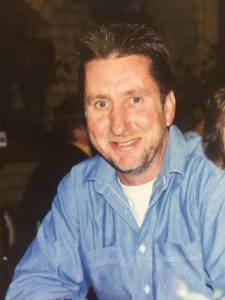 40 Years of service for John Pearce:
John Pearce yesterday celebrated 40 years of service at Roylance’s Auto One.
Chris Roylance, Managing Director, said it was a unique achievement as not many employees reach such a milestone. He described John as being very popular with the customers all over country NSW, staff and other branches in the organisation. “He is very loyal, honest and thorough in what he does,” said Chris. John said he had never looked anywhere else for a job. “It is a great company to work for and I‘ve had a pretty good run of relationships seeing the first, second and the third generation coming in.” He feels proud of his achievement staying that long with one company. John said he had nine years to go to retirement and hoped to crack 50 years of service! John joined the company in 1976 after completing Year 10 at the Forbes High School. His first job was a spare parts assistant. “The day he started he walked around the shelves goggled eye wondering what it was all about,” Chris remembers. He said back in those days they were still wearing white dust overcoats as their uniform. These days John is a sales rep travelling all over NSW selling automotive, earth moving and hardware parts. He is also the co-ordinator for the Orange Field Days and he is involved in training for pressure cleaners, automotive parts and earthmoving.

Open Day at Ian Simpson & Co: To celebrate the opening of the offices of Ian Simpson & Co everybody is welcome to their Open Day to be held at their offices in 88A Lachlan Street on Saturday 23rd July starting at 10am. Come and join in the celebration with a sausage sizzle and face painting for the kids.

National Tree Day: Central West Lachlan Landcare is organising a Family Day on Saturday, 30th July at the Central West Livestock Exchange from 10am-1pm. You will learn about wildlife corridors, native animal habitat and threatened species. This will also be the launch of the first Forbes Motley Crew initative. Tools and equipment for planting, watering cans and buckets will be supplied. A BBQ lunch will also be provided. Kids can also take part in fun, free DIY nature-craft workshops held over the weekend of Tree Day, Saturday 30 and Sunday 31 July at your local Bunnings store.

Forbes Business Chamber AGM: The Forbes Business Chamber AGM will take place on Thursday, 21st July at 6:00pm at the Forbes Sport and Recreation Club. President Stuart Thomas will be standing down as president.
“We have a great committee but still need input and enthusiasm. Please have a think about joining the committee. We will welcome any new committee members who would like to join. There are a range of roles, some more hands on and some more advisory. So if you have great ideas or would like to see some changes but are limited for time, come on board and join us,” said Stuart Thomas, President of the Forbes Business Chamber. 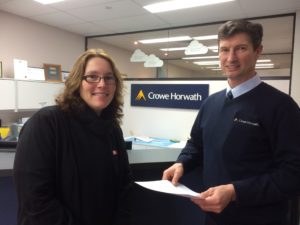