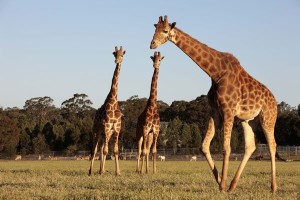 Community Preschool Capital Works Grant Program: The NSW Government has announced funding of $8 million over four years to create up to 500 new preschool places through the Capital Works Grants program. The grants are provided for not-for-profit, community based preschool providers proposing to increase the number of 600 hour preschool places. The NSW Government aims to support 15 hours per week or 600 hours per year of subsidised access for funded children in community preschools.

AMP Tomorrow Fund: AMP’s Tomorrow Fund is once again offering $1 million in grants to amazing Australians doing great things. Now in its third year, this unique grants program is open to individuals of all ages, walks of life and abilities. In 2015, AMP’s Tomorrow Fund awarded grants to 42 AMP Tomorrow Makers, including artists, athletes, inventors, social innovators, scientists, writers, dancers and disability advocates. AMP encourages members of the community to apply online at ampstomorrowfund.
com.au by 4pm (AEST) at 18 May 2016.

Jemalong tower to be switched on by end of the year: Federal member for Calare, the Hon John Cobb welcomed the release by Vodafone of its construction schedule for new and upgraded mobile base stations in Calare under Round 1 of the Coalition Government’s Mobile Black Spot Programme including the tower in Jemalong. Mr Cobb said that the 7 new or upgraded Vodafone mobile base stations inCalare are due to be switched on by 2017 and is part of the Coalition’s more than $10 million investment in fixing mobile black spots across the region.

Magpies Old Boys membership reminder:
Andrew Rousell will be at the Forbes Sport and Recreation Club on Friday night (April 22) between 6pm and 8pm for anyone who would like to pick up their membership card for the 2016 season. If you are unavailable then, Andrew will also be at the gates of Spooner Oval Sunday April 24 at the Magpies home game against Dubbo West Side.