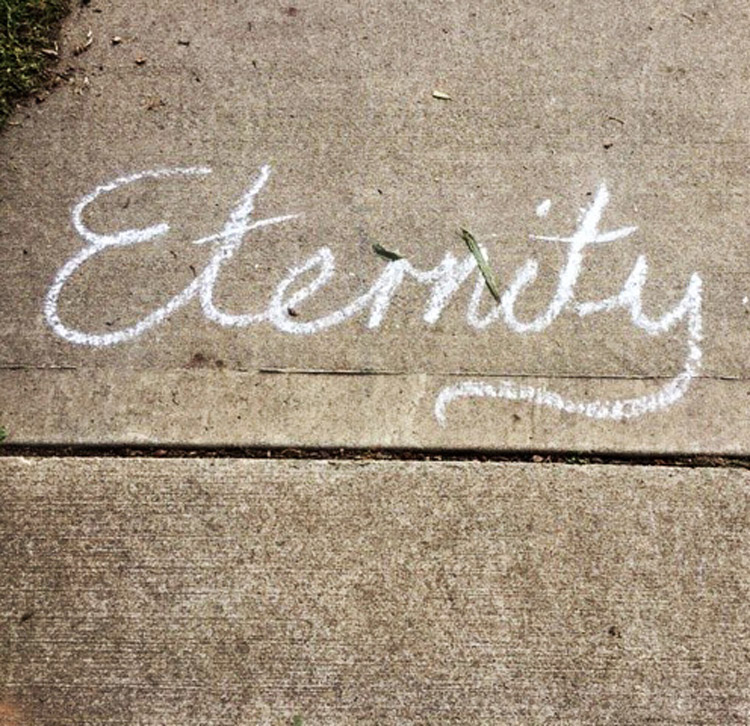 In reaction to Linda Clark’s letter last week about the word ‘Eternity’ appearing at random places around Forbes lately, Leo Butler sent us this image taken in August last year about 200m north of the Camp Street bridge towards the Dreaming Centre. “I can remember in the 1950s and 1960s the word ‘Eternity’ chalked on a rock near Maimuru between Grenfell and Young, maybe the work of Arthur Stace,” Leo said.

New Number For Women’s Health: The Western NSW Local Health District Women’s Health Service has a new 1800 number. You can reach the service by calling 1800 008 422 between Monday to Friday, 9am to 5pm to get in contact with your local women’s health nurse, and to book appointments directly. A referral is not required.

Real-Time Weather Forecast For Farmers: Farmers and regional communities in the Central West can now access detailed, real-time weather observations received by the new Doppler radar at Yeoval. The radar’s information will revolutionise how weather-dependent decisions are made, and will enhance the productivity of rural communities. The new radar enables the Bureau of Meteorology to provide accurate, real-time data, determining rain and wind velocity, raindrop and hail size, and the height of bushfire plumes up to 200km from the radar site. The addition of Yeoval to the radars at Brewarrina and Hillston-Ivanhoe means an area covering approximately 30% of NSW now has access to real-time weather warnings and forecasts. Data from the Yeoval Doppler radar is available on the Bureau of Meteorology weather app or at www.bom.gov.au.

New Wyangala Water Treatment Plant: Work to deliver up to 800,000 litres of clean drinking water every day has started at the new $5.1 million Wyangala Water Treatment Plant. The plant will be owned and operated by Cowra Shire Council when work is finished in early 2023. The project’s principal contractor, Enviropacific Services, aim to employ one-third of its workforce locally.

Testing And Research City at Cudal: The NSW Government has unveiled its vision for regional NSW to become the Southern Hemisphere hub of cutting-edge autonomous vehicle technology, with a testing and research ‘city’ to be built at Cudal, near Orange. The government announced a $9.5 million upgrade to the Future Mobility Testing and Research Centre – once the local airstrip – which opened in 2019. The goal is to develop Australia’s first certification site for driverless vehicles.

More Return And Earn Points: More return points are being added to the NSW Government’s popular Return and Earn scheme after a new contract was signed with network operator TOMRA Cleanaway. The container deposit scheme has seen more than 7.4 billion containers returned since it began in 2017, and more than $30 million raised for charities and community groups. This resulted in a 52% reduction in the volume of drink container litter and recycling more than 672,000 tonnes in materials.