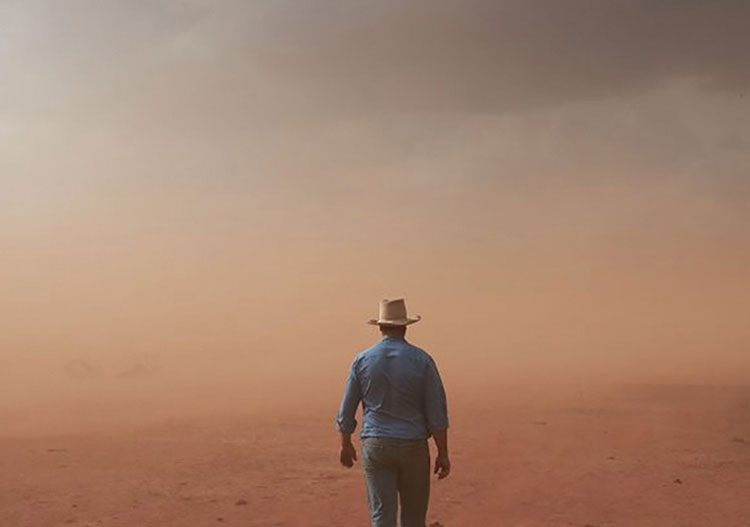 Pratley has since accepted the National Photographic Portrait Prize from isolation in Redfern for the image taken in drought-affected western New South Wales last year.

He told ABC in an interview – “I was in Forbes in central NSW in January 2020 helping to create a film to raise funds for those doing it tough on the land, as both drought and bushfires caused devastation across the country. All at once, a huge dust storm swept over, obliterating the horizon.

“We were on the edge of Dave’s property and what you could usually see was fence line in the distance, the cattle, a bit of vista, but all of that kind of swept over and [there was] this kind of uncertainty,” Pratley said.

“We got Dave to walk off into the distance because his cattle were just out of frame and I just feel like that was a really strong moment when he was striding off with that kind of stoicism.”

“The vastness of the landscape turns farmer David Kalisch into an anonymous presence, leaving a space for us to consider our own place inside nature,” they said.

Farewell Emma: The Phoenix Group of Newspapers would like to say farewell to Emma Henderson who after only a short stay has decided to pursue other opportunities. Emma left quite an impression in such a short amount of time and we are sorry to see her go. All the best!

Scammer Alert: At least two businesses and one resident have been impacted by scammers the past week with everything from fake social media pages taking payments through to fake QR codes and phony ATO calls. Locals are asked to stay alert and contact police if they feel they have been targeted by scammers.

Local Government Week This Week: Local Government week is this week August 2-8 and is the perfect opportunity to celebrate the community. This year’s theme is “Locally Led” and Forbes Shire Council has been celebrating the role they play in the community by sharing some of the amazing locally led projects and programs they are doing. 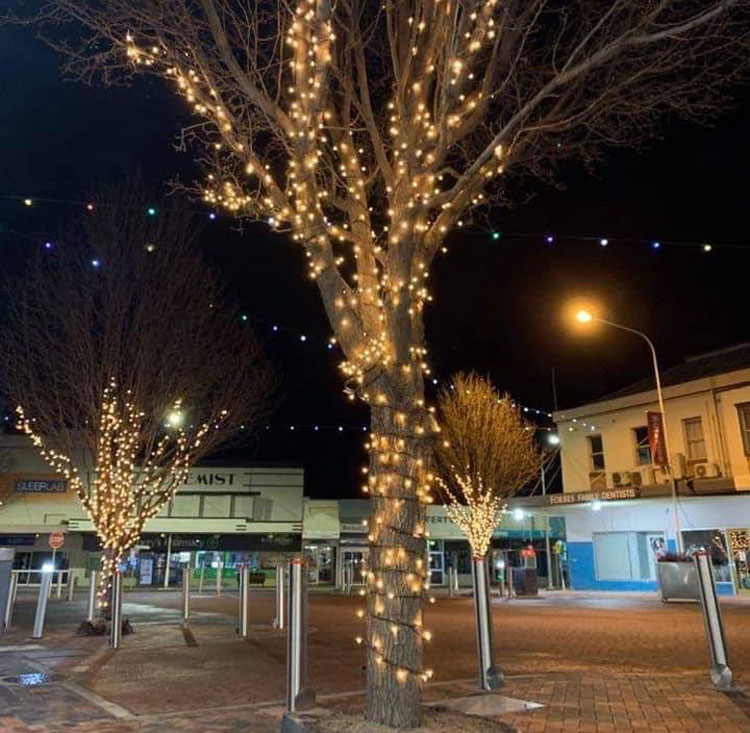 TEMPLAR STREET: Templar Street has undergone multiple improvements and is one of many projects FSC has in the works for the shire.