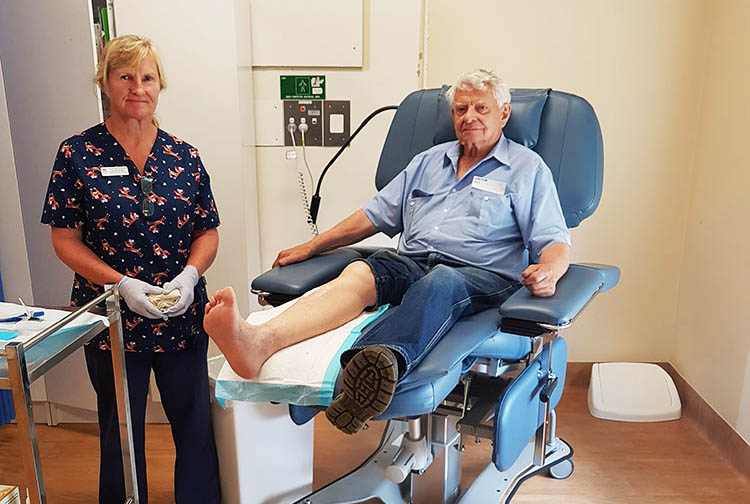 Nurse Rachael and Mr Reece make good use of the new chair purchased with funds raised by the Friends of Forbes Hospital Auxiliary.

A Big Thank You: The Western New South Wales Local Health District has given a big thanks to the Friends of Forbes Hospital Auxiliary. This year, during unprecedented difficulties, the Friends of Forbes Hospital Auxiliary continued their enormous support of the Forbes Health Service with donations of approximately $23,500 in purchases of essential pieces of equipment.

The purchases have included a treatment chair for the community nurses, bassinets for the maternity unit, a tonometer for the emergency department, and support equipment for occupational therapy in the inpatient unit.

Christmas Colour-In Competition: The Forbes Phoenix is running a Christmas Colour-In Competition and today, Friday, 11 December 2020 is the last day to enter. The winner of the competition will win a special prize just in time for Christmas, with the winner to be announced next week on Friday, 18 December. To enter the competition, simply colour in the picture on page four, take a picture of the complete colour-in, and send it to us via the Forbes Phoenix Facebook page or email editor@forbesphoenix.com.au with the entrants name and age. We look forward to seeing the wonderful work from children in the Forbes Shire, so get colouring!

Forbes In The Spotlight: Earlier this year, Forbes artist Holmsey teamed up with local producer and cinematographer Adam Enslow from StartFast Productions, to record Holmsey’s first single ‘Deep Breaths’ as well as film the music video for the track. The song was released on all major platforms, including Spotify, YouTube, YouTube Music, Instagram and more in November. The 3.33-minute-long music video, which features many familiar faces and places in Forbes, is a cinematic journey which artistically intertwines the song’s lyrics with visuals that offers audiences further insight into the mental process of healing from the trauma caused by change and heartbreak. Holmsey hopes to inspire other aspiring artists in Forbes to follow their ambitions by proactively taking their dreams into their own hands. The release of Deep Breaths has proved that Forbes has the resources, and the talent, for artists to turn their creativity into something tangible that can be shared with the world. 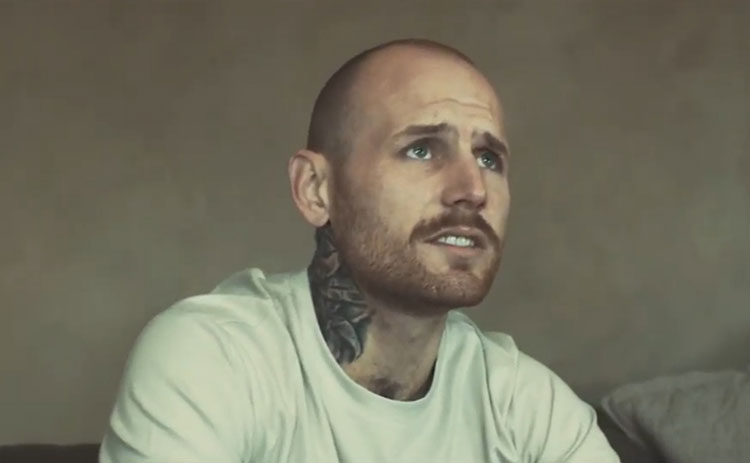