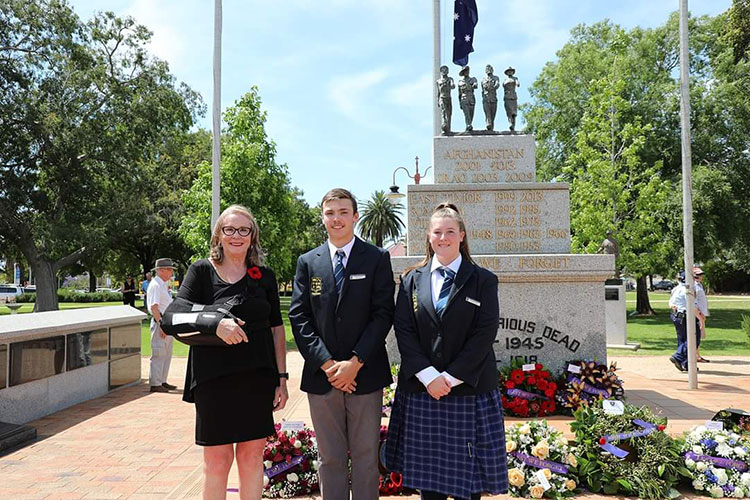 Remembrance Day: At 11am on Wednesday, Forbes residents, young and old, gathered at the Cenotaph in Victoria Park to honour those who have died in War. Wreaths were laid before a minute of silence, which was broken by the playing of the Last Post. Originally called Armistice Day, the 11th hour of the 11th day of the 11th month commemorates the end of World War I.

Rural Aid Webinar To Tackle Loneliness: During National Psychology Week, one of Australia’s largest rural charities is inviting farmers and rural residents across the country to attend this month’s edition of the popular “On The Couch” webinar series.

Hosted each month by one of Rural Aid’s specialist counsellors, this month’s edition focuses on the topics of isolation, loneliness and being alone. Counsellor Gary Bentley will host the webinar which will be held at 6pm on Wednesday, 18 November.

Any members of rural communities are welcome to attend. Attendance and comments made using the chat functionality of the webinar is strictly private and confidential. Register online at https://my.demio.com/ref/AEP48BZuWaHHjiBI to attend the webinar: ‘Isolation, loneliness and being alone: The challenges of living a solo life’.

Listen Up: The Hearing Australia Bus is coming to Forbes. Over 175,000 people have checked their hearing aboard the Hearing Australia buses since the mobile service launched in 2009. An estimated 3.6 million Australians are affected by hearing loss, and this is projected to more than double to 7.8 million by 2060, meaning nearly one in every five Australians will be affected. A hearing check is a quick and easy way to help identify if your hearing might not be as sharp as it used to be. The Hearing Australia bus is stopping into Forbes to offer free hearing checks and raise hearing health awareness in the local community. The service will be available from 9am- 2pm on Tuesday, 17 November, in Harold Street, opposite Council.

Congratulations To Kathryn: Kathryn Matheson was named as the winner of the Forbes Phoenix Spring Photo Competition for her beautiful portrayal of Spring in her Tulips photograph. There were so many fantastic entries this year, thank you to those who sent their photos in. Sarah Hodge from Essjay Photography, who sponsored the competition, met with Kathryn last week to congratulate her on winning the $200 voucher for some amazing photography.