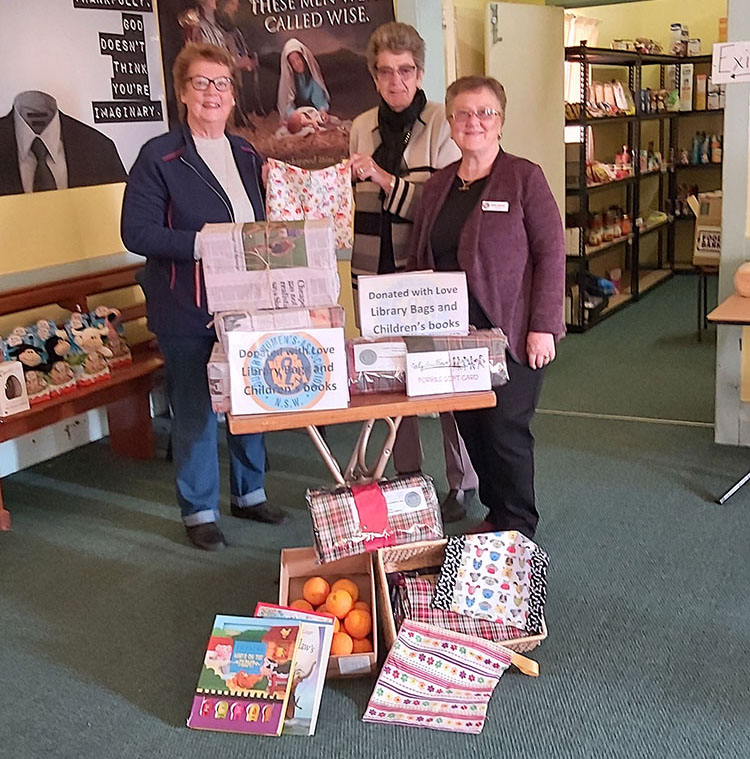 CWA Daytime Deliveries: August has been another busy month for the Forbes CWA Branch. Members are still finding time to sew, knit and crochet with the latest bundle of library bags, tablecloths, aprons, and doll clothes going to the Forbes Learning Ladder. Once again, members were delighted to deliver their work to the childcare centre. Aiden and Raewyn greeted the ladies and arranged to have three children model the aprons.

The ladies also delivered toiletry bags to the Forbes Hospital, which are given to patients to ensure a more comfortable stay. The Forbes CWA Daytime Branch also visited the Farmers Pantry to donate ‘Buy it in Forbes’ vouchers, men’s boxers, and knee rugs along with oranges, wool, bags and books as a way of saying thanks to the pantry for being there to help farmers. The next meeting is Friday, 4 September at 1.30pm in the CWA Hall. If you are interested in joining, contact one of the members or President of the CWA Forbes Branch Elaine Bright on 0402 025 888.

Forbes’ Second Street Library Launched: A brand new street library has arrived at Lions Park in the shelter, the second of its kind in Forbes. Street Libraries provide free books for all ages without the need for a membership. Simply reach in and take what interests you, when you are done, return them to the Street Library network, or pass them on to friends. If anyone has a book or two that they think others would enjoy, they can just pop it into any Street Library they happen to be walking past.

LEGO Winner: Thirteen-year-old Thomas Burton from Forbes has won the Lego Build competition in his age category, in the Central West Libraries school holiday LEGO build competition. Thomas submitted a photo of the Lachlan bridge, along with a picture of his build which won him first place in his age category of 13+ years. The competition called on entrants to build iconic buildings across the Central West and entries included schools, train stations and museums.

The competition was judged by Orange Council CEO David Waddell, Orange City Council Senior Planner Summer Commins and the team at Source Architects. Judges were very pleased with the entries and finding a winner was challenging. 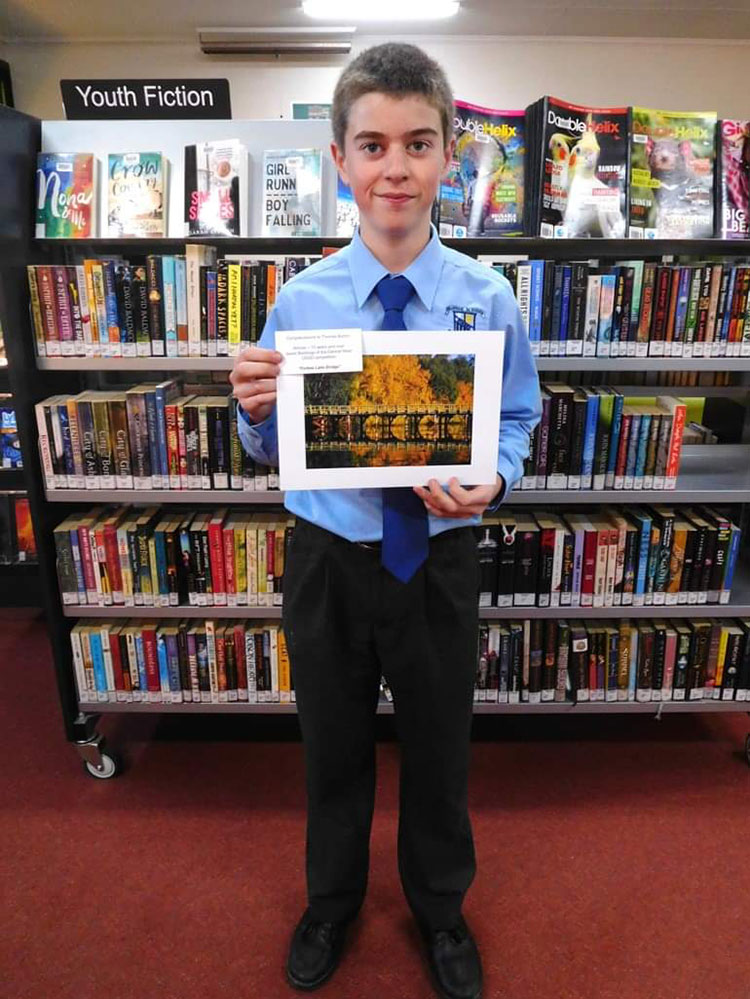