You are here: Home / Articles / Snippets.. 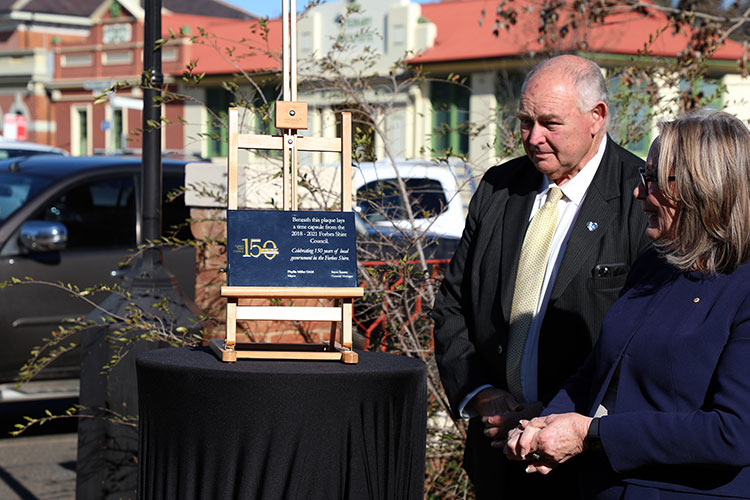 The Councillors and staff members had gathered various mementos to be placed in a time capsule which was buried in the Chambers courtyard. Some of the mementos included in the time capsule were a copy of the Mayor’s Column, Council necktie and a facemask to recognise the interesting times we live in, plus more cultural and time reflecting items.

The small crowd then moved over to Victoria Park to plant a tree representing the special occasion. The tree is to symbolise the legacy of Council and all that they have achieved over the last 150 years.

Bulky Waste Collection: Next week, from 3-7 August is the annual bulk waste kerbside collection. Council will be collecting bulk waste on their yearly collection drive for items that can no longer be used. Fridges, washing machines, microwaves and stoves must have doors removed. Televisions, mattresses, furniture, and carpets are all accepted. Items that cannot be accepted are building waste, car parts, furniture exceeding two cubic metres in dimension, liquids, or any hazardous waste products. Please place waste items neatly to the edge of the kerb without blocking the footpath this weekend and separate into three piles, general bulky waste, bundled organics and finally, scrap metal, white goods and e-waste. 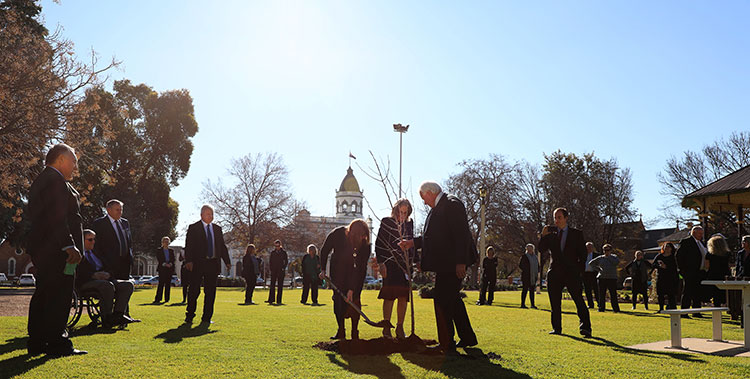 A tree symbolling the achievements of Forbes Shire Council over the last 150 years was planted in Victoria Park.