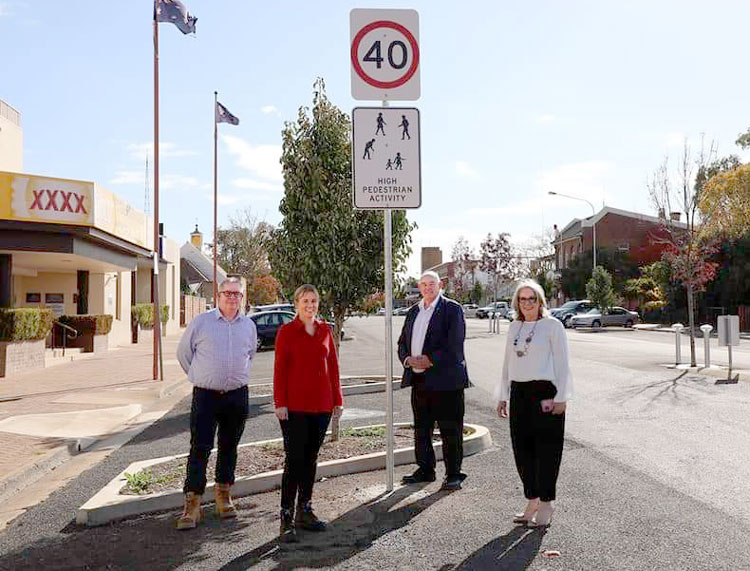 Speed Limit: After carrying out a speed zone review at the request of Forbes Shire Council, it was decided by Transport NSW to lower the speed limit to 40km/h in the Forbes CBD. Transport for NSW Director West, Alistair Lunn and new Deputy Secretary Regional and Outer Metropolitan, Carol-Anne Fuller visited Forbes last week to walk through the new speed zone with Mayor Phyllis Miller and Council’s General Manager Steve Loane. The new speed limit, which aims to significantly reduce the risk of injury and fatalities for pedestrians, came into effect on Monday, 25th May. On average, it takes 38 metres for a car travelling at 50km/h to stop and it takes 28 metres for a car travelling 40km/h to stop. By lowering the speed limit, when crashes do occur, they will be less severe, especially for children and the elderly.

Funding For Forbes: Sam Farraway MLC visited Forbes last week to announce over $730,000 in round three of funding from the NSW Government’s Stronger Communities Fund. The funding will provide upgrades to play equipment and the soft fall area at Jenny Murphy Park, upgrades to lighting at Spooner Oval and the exciting new development of a ninja park for the youth of Forbes to enjoy. Sam said that while the projects were exciting, they were also critical for the sustainability for the Forbes Community. Mayor Phyllis Miller pointed out that it was incredibly important for Forbes to have the infrastructure to support young families, which make up a significant portion of the Forbes Shire community and thanked Deputy Premier John Barilaro for the initiative.

Grants Support Work Of Forbes Volunteers: Aruma Services and the Forbes Business Chamber will share in grants worth nearly $7,000 through the Federal Government’s 2019-20 Volunteer Grants round, Member for Riverina and Deputy Prime Minister Michael McCormack has announced. Aruma Services will receive $4,850 for indoor furniture and equipment and the Forbes Business Chamber will receive $2,060 to purchase a laptop, printer, keyboard, and a carry bag.

“I am pleased to deliver grants to these two organisations because they do fantastic work for the Forbes community,” Michael said, adding that “they are small grants, but they can make the world of difference to these small community organisations in what has been a tough year.” 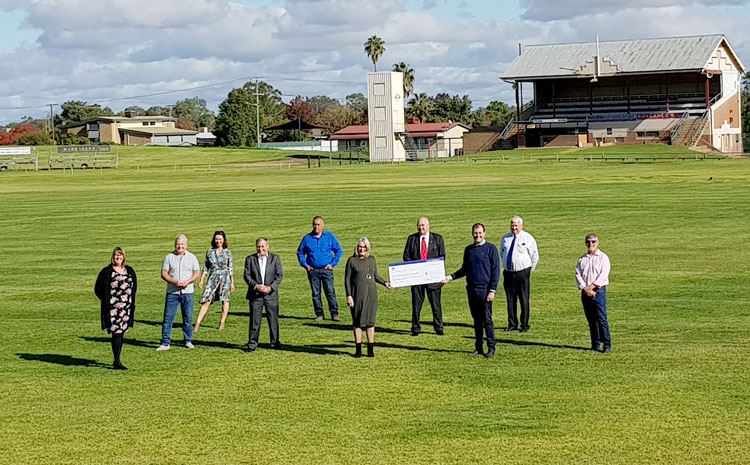 Sam Farraway met with Mayor Phyllis Miller and mem- bers of Forbes Shire Council at Spooner Oval for the announcement of $738,000 in funding for community projects.