Don’t forget the second Relay for Life Expo Night will be held on Wednesday 16 September at Forbes Services Memorial Club. Register or join a team, browse the stands, meet the committee, ask those burning questions, choose a campsite, purchase merchandise and collect kits and shirts. Stay for a little or a long while and find out
all about Relay for Life. 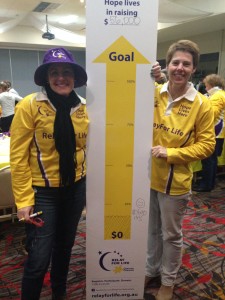 Want to honour that special grandparent in your life? Nominations for Grandparent of the Year Awards are open until Sunday 20 September with three categories: Grandparent Carer of the Year, Community Grandparent
of the Year and Grandfriend of the Year. To nominate, go to www.grandparentsday.org.au. The award winners will be announced on Grandparents Day, Sunday 25 October.

An innovative radiotherapy technique that has the potential to revolutionise the treatment of early breast cancer became available at the start of the month and is affordable for all eligible women under Medicare.

51% of Australians are expected to be available to work outside their official hours according to research by global recruitment firm Randstad. The global average is 57%.

A new sculpture will be unveiled at the Albion ‘art park’ in conjunction with the Sculpture Forbes 2015 Acquisition Prize at 6pm on Thursday 1 October. Enjoy music, food and wine. Bring your family and tell your friends!

It’s show time! The Forbes Show is on but if you just can’t get enough show culture, don’t forget the Eugowra Show will be held 18-19 September with yard dog trials, demolition derby, fireworks and plenty more.

The Stronger Communities Grant Program expressions of interest are still open. There is $150,000 of funding available in Calare to be allocated on a competitive basis to worthy community-based projects. A number of strong applications have been received so go to investment.infrastructure.gov.au/funding/ for more information.

40.45kg is the weight of wool shorn from a sheep found wandering on the outskirts of Canberra last Thursday. The wool was estimated to be five years’ growth and weighed over 10kg more than the heaviest fleece on record.