You are here: Home / Articles / Seven Sisters Bridge Near Forbes To Be Replaced 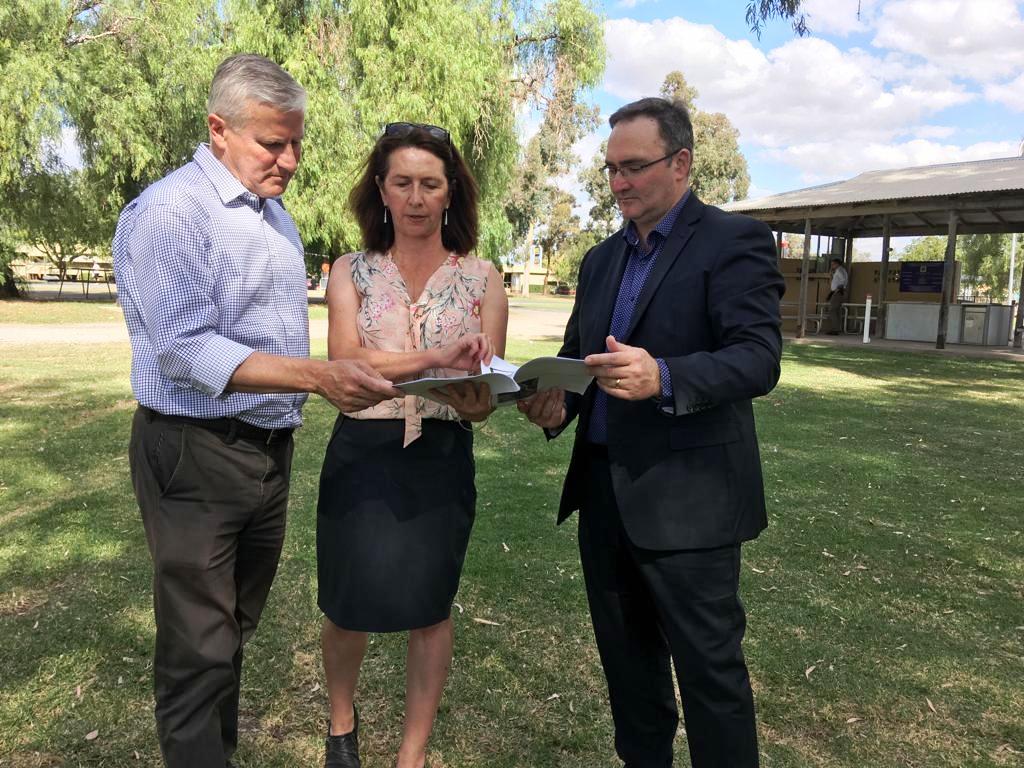 The closed Seven Sisters Bridge will be replaced due to a Bridges Renewal Program grant delivered to Forbes last Thursday by The Nationals’ Riverina MP and Deputy Prime Minister, Michael McCormack.

The steel truss, single lane bridge located on the Bedgerabong Road over the Goobang Creek near Forbes has been closed for months due to structural defects. A dirt road detour on the dry creek bed below is currently being used as an alternative road for vehicles.

The Prime Minister said they were committed to delivering infrastructure to important regional roads in regional and rural Australia.

“We are making sure ageing bridges, such as the Seven Sisters Bridge, are replaced so that road users can get to where they are heading sooner and safer,” said Michael.

“I am pleased to deliver this important investment for the community which will improve safety and productivity for the local agricultural industry,” he said.

The Federal Government has committed $550,000 towards the bridge replacement.

Michael said they have committed $640 million for vital bridgeworks between 2015– 16 to 2022–23, with an ongoing commitment of $85 million each year following.

“The Bridges Renewal Program provides up to 50 percent of the cost of repairing or replacing old and unsafe local bridges, which is a fantastic win for local communities,” continued Michael.

“Under Round 4, the Government has committed $57 million to help fund vital local bridgeworks following the completion of an open, merit-based selection process,” said Michael.

Under Round 4 of the program, the Government will contribute up to a maximum of $700,000 for one bridge or $1.4 million for two bridges in the same local government area.