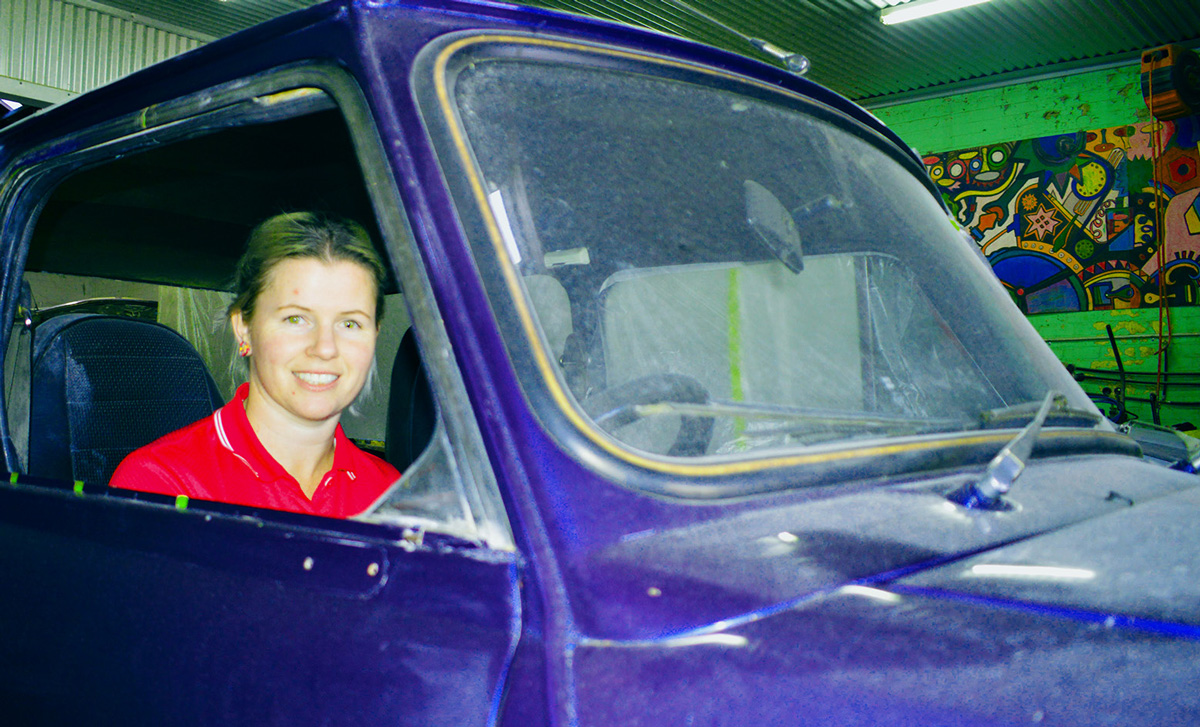 SMASHING IT AND FIXING IT: Sammy Leonard of Forbes Smash is branching out into more custom and boutique jobs as her business continues to go from strength to strength. Give Sammy a bell – custom job or not at Forbes Smash on 6852 2272.

In 2009 when Sammy Leonard started her own business Forbes Smash at 27 Rankin Street, she never imagined she would still be going… and growing!

While the garage has serviced nearly everyone in the Forbes Shire and surrounds, it is her next foray into more custom work that is sure to whet the appetite of every petrol head and his Datsun.

“Neil Merchant from the Harley Davidson shop Unique Cycle Service Forbes often ships some work to us and it is something that I really get a kick out of – especially after his garage does their thing,” she said.

“I prefer cars but I have a great appreciation for bikes too and love to work on both!”

Forbes Smash now has more staff and are looking at custom and niche related projects too as Sam continues to be a trail-blazer in a male-dominated industry.

“We will also continue to service the Forbes community and keep everyone safe,” Sammy said.

“We do love to be creative and have some fun though too!”

Starting as a spray painter with the late Kevin Vale in the 2000s, Sammy can’t imagine herself doing anything else.

“To be honest I think I will be doing this until the day I die,” she said.

“Ever since Dad got me into tinkering with cars it’s been in the blood and I can’t see it changing.”