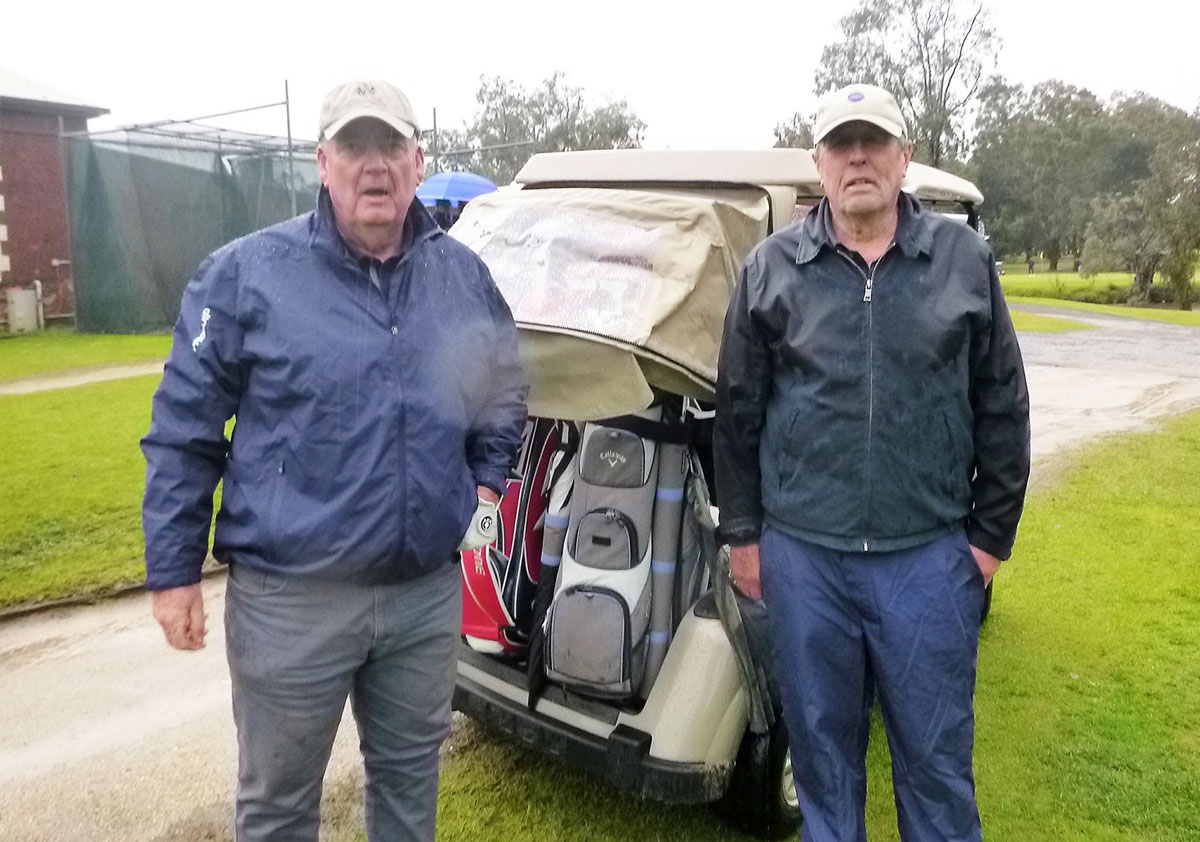 Two visiting golfers from Bathurst ready to play in the rain last weekend at the Forbes Golf Club.

Last weekend was classed by Forbes golfers as wet. Yet, 53 players still ventured onto the golf course to try to win the Monthly Medal but many had second thoughts and retreated to the Golfie.

The A-Grade was won by Harry Callaghan with 74 nett. He had a one-shot advantage over Kim Herbert on 75 nett despite having one less handicap. The B-Grade was won by Nick Ryan with the best medal winning score of the day, a 70 nett. He was so dominant in this grade that the runner-up was seven shots back, being John Murphy (Bathurst) on 77 nett.

The C-Grade was won by James Tooth from Mudgee with a 69 nett. However, the Medal went to Reggie Murray who finished with 75 nett taking his second medal in succession.

The ball sweep went to 84 nett on count back, indicating how tough it was to score out there for the majority of the field. The visitors included a group from Bathurst, who vow to come back in the sunshine, and James Tooth from Mudgee.

There was no Sunday Stableford Medley due to the inclement weather.

This weekend the Men’s comp is an 18-hole atroke event with a Stableford Medley on Sunday. Don’t forget the 2-P Ambrose Medley coming up on 16th July.