You are here: Home / Rural Round Up / RURAL ROUNDUP 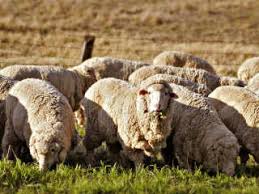 “Beef and sheep farmers are big winners – tariffs will disappear and more cattle will be exported. All tariffs on beef and sheep meat will be eliminated over five years with most eliminated immediately.

“Also we’re increasing work and holiday visas for Indonesians from 1,000 to 5,000 which makes a big difference for producers who need seasonal workers.”

“Since coming to government, the Coalition has delivered six major free trade agreements. These are key to realising our ambition of a $100 billion agricultural industry by 2030. It will help boost farm gate prices, driving regional growth and jobs,” said David.

• Indonesia is our fourth largest agricultural export market, worth $3.35 billion in 2017.

• Agriculture, fisheries and forestry totalled $54 billion in export earnings in 2017-18.

• Australia imported $833 million of agricultural commodities from Indonesia in 2017.

Central West Local Land Services, through its Regional Weeds Committee, facilitated the signing of a partnership agreement with Local Control Authorities across the region.

In a proactive approach to region-wide weed management, eight local authorities including Parkes, Bogan, Castlereagh Macquarie, Dubbo, Forbes, Lachlan, Narromine and Weddin, have committed to weed eradication at a local level. The agreement is seen as a major step forward in weed control as weeds are a major threat to our natural environment.

What’s understood to be a new Western Australian record for a commercial line of breeding ewes was set at an on-farm sheep sale near Hyden late last week.

The Varone family sold their mob of 4,486 sheep, and recorded a sale average of $257 a head. But the top price paid was an eye-watering $310 for 719 white tag ewes, aged around one and a half years old, mated and with about six months’ wool on them. (Source: ABC Rural)

Are you a student looking for a career in agriculture? NSW Farmers is offering five scholarships valued at $4,000 each for students committed to enhancing agriculture and rural communities. To be eligible you must be a member of NSW Farmers. Visit the NSW Farmers website for applications details. Applications close Monday, 18th March.