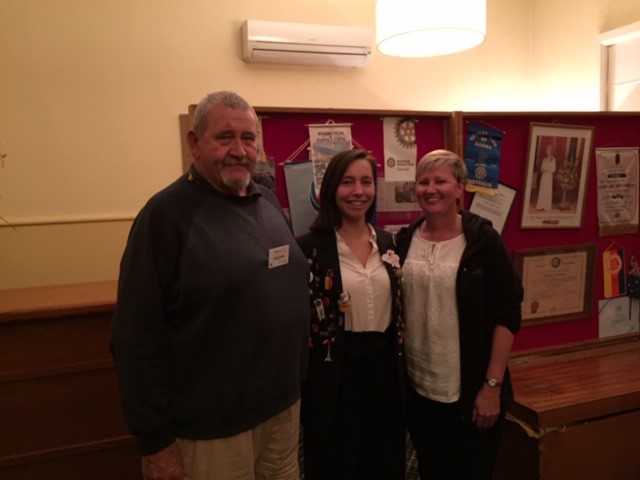 Since 1929, Rotary International has been sending young people around the world to experience new cultures. Currently, there are about 9,000 students being sponsored throughout the world by Rotary International to spend a year in another country’s school and being housed by three or four host families in succession during their stay overseas.

Over the years since the 1970’s, the Forbes Rotary Club has been involved in sending out some eighteen exchange students from both the Forbes High School and the Red Bend Catholic College.

It has been unofficially conditional that for every successful outward bound student leaving Forbes for overseas, the Forbes Rotary Club are committed to arrange schooling and host families for an inbound student from another country.

Forbes High School student, Jessica Ashcroft is currently on an exchange student visit in Belgium, this is why Lea Selosse from Belgium is currently enjoying her stay with us in Forbes.

“I come from Belgium, the southern part of the country where we speak French, but I also speak our other national language which is Dutch. I come from a town called Mouscron, in the west of the country, right on the border with France,” said Lea.

“For Belgium, I live in an average size town with 60,000 inhabitants. So Forbes is very different for me as it is very small, but it is very friendly,” continued Lea.

“I arrived on 8th August, and I stay till early July 2020 with four different families. I am doing Year 11 at Forbes High School. The school environment is very different from school back in Belgium, less strict and a lot more communication. We also don’t have school uniforms in Belgium,” Lea said.