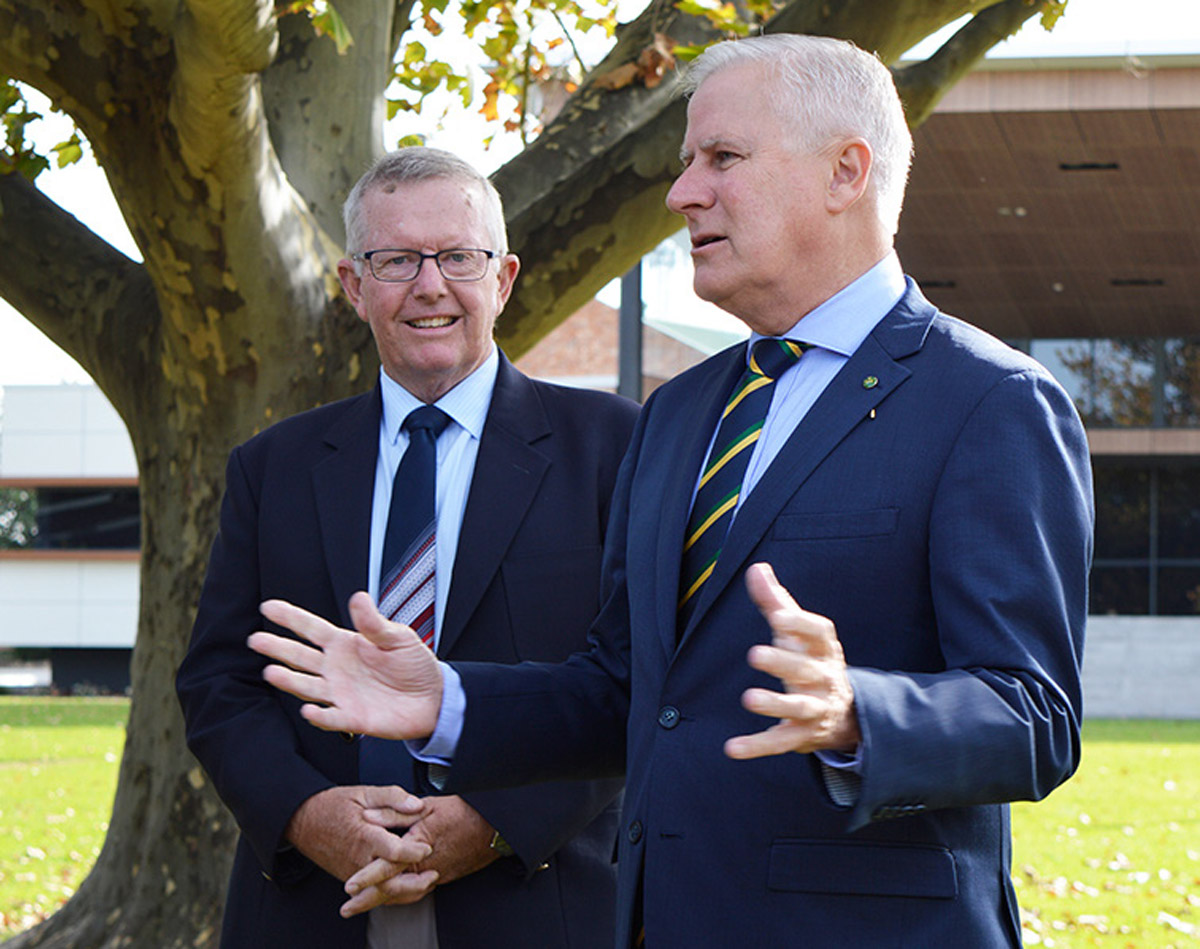 Mark Coulton and Michael McCormack at the Riverina Campaign Launch in Parkes on Tuesday.

The Riverina Electorate campaign launch for the National Party took place in Cooke Park on Tuesday with Member for Riverina Michael McCormack and Member for Parkes Mark Coulton.

Michael said he would prioritise the labour shortage and cost of living in Forbes and Parkes if he got re-elected. “These are the two major issues for this electorate, and I will be working on programs and projects for both of those.”

He said while there was a whole host of other issues, like action on climate and national security, he’d been talking to business people who just could not fill their positions, and families young and old who were worried about the cost of living.

Michael said the labour shortage was largely because of the 90,000 backpackers the country lost during COVID. “I don’t think people realise our reliance on overseas labour in hospitality, farming, agriculture, meat processing and other positions.”

He said even in the Central West hundreds of backpackers made a huge difference in the labour market. “Often these positions were word of mouth. One person would work on a farm near Forbes and go home and tell their friends about the great farmer where they could go and work. When the backpackers left and did not come back for two years, that word of mouth broke down. The backpackers came here in their droves and spent a lot of money.”

Michael said while the Australian Agriculture Visa (AAV) program introduced to address workforce shortages in the agriculture sector and backpackers were slowly coming back, the Pacific labour hire program still needed to be enhanced.

“The problem is we cannot invite people back to Australia who are not vaccinated and this is impacting the numbers.”