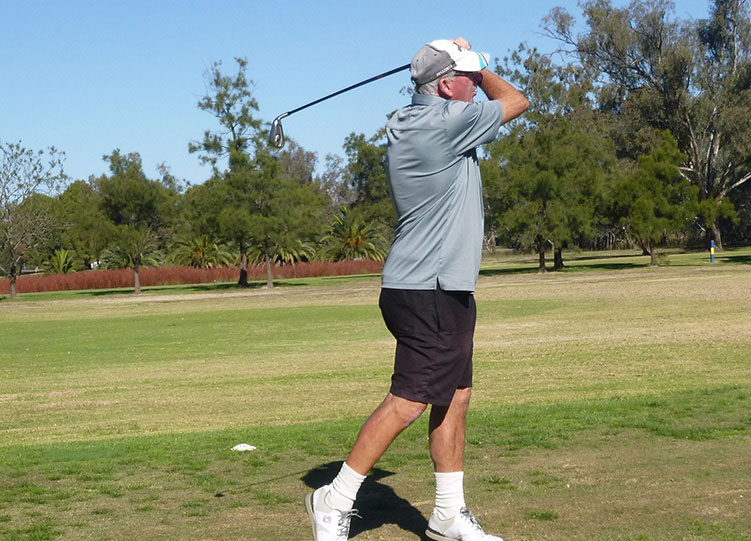 SHOT TRACKER: Bruce Chandler tees off with a cracker down the centre in the Saturday Stableford comp in Forbes.

Riley Pike used his early start to score 47 points which was good enough to outlast the 61 players in the field and capture the ‘Wilf Hodges Memorial Trophy’.

On Sunday a large contingent of Forbes players participated in the West Wyalong Open, contested by 99 players. This was the second in the ‘Trilogy of Golf’, with Condobolin Open (Sunday, 30 May) the last to be played. Forbes players featured highly in the prize winners.

The Open Winner, and winner of the ‘Don Hatch Memorial Trophy’ was Steven Betland with 69 Scratch. This is the third year in succession that a Forbes player has won the event.

This weekend has an 18-Hole Stroke event, sponsored by Country Mile Motor Inn. On Sunday there is a Stableford Medley, and the Condobolin Open, open to both Mens and Ladies.