Home » Return Of A Beautiful Curse 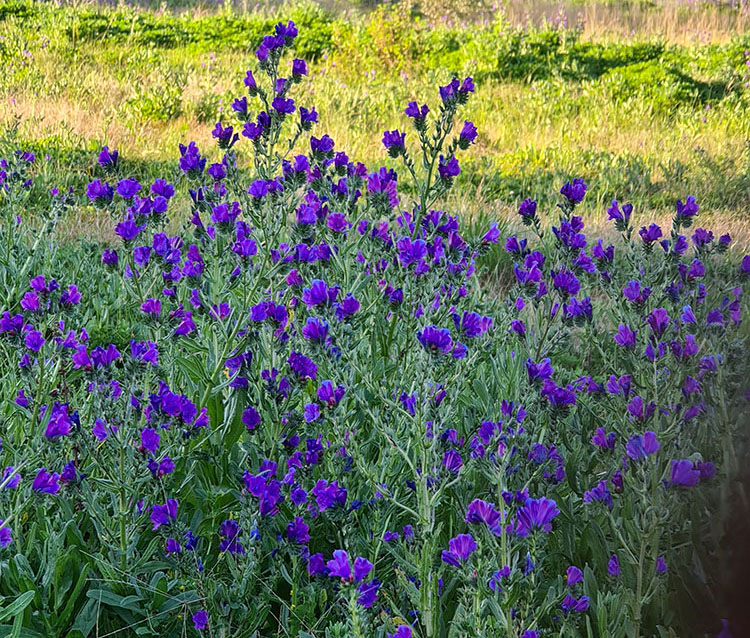 Beautiful but deadly Paterson’s Curse has exploded around the Ski Dam in Forbes.

Residents and regular Ski Dam walkers in Forbes will have no doubt noticed the beautiful sprawling weed around the Ski Dam and around paddocks in the Shire, the beautiful purple hue reminiscent of the picturesque lavender fields of Provence, France. However, this local version must not be mistaken for such.

Echium Plantagineum, more commonly known as Paterson’s Curse, Riverina Bluebell and Purple Viper’s-Bugloss is an invasive weed which is extremely harmful to livestock. Rumoured to have been named after the Paterson family of Cumberoona, NSW who planted it in their garden in the 1880’s, only to watch in horror as it spread across pastoral and agricultural land. Paterson’s Curse’s poisoning symptoms range from loss of appetite, abdominal swelling, weight loss, diarrhea, constipation, and sleepiness, to more severe symptoms that can result in death due to liver damage.

While livestock tend to ignore Paterson’s Curse, contaminated hay bales or feed is more often to blame for the consumption of this toxic weed. In 1988 and 1994, the CSIRO released moth, root weevils, flea beetles and two more types of beetles in South Australia which is said to have significantly contributed to the decline in the abundance of the weed as both the moth and beetle species can kill the plant before it flowers. In human’s the plant can cause skin irritation so please give this smiling assassin a wide-berth if and when you might come across it.