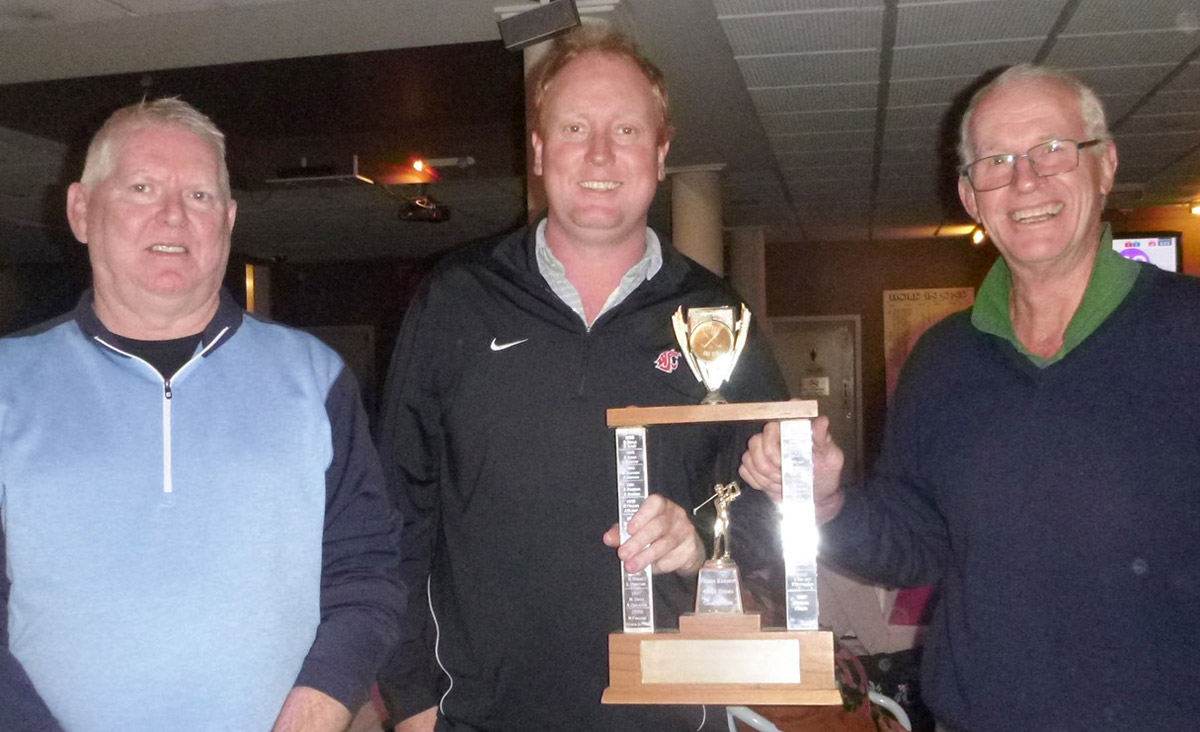 Last Saturday saw the playing of the first Championship events for Forbes golfers, with players contending for the mens and ladies 4BBB Stroke and Handicap trophies.

In the mens event, the pairing of Peter Dawson and John Betland worked like clockwork, resulting in them scoring a 66 Scratch to take out the 4BBB Stroke Championship and in so doing repeat their win from 2021. The Runners-up were the paring of Harry Callaghan and Jacob Bernardi who raced around to score a level par 72.

The Handicap Winners were Harry Callaghan and Jacob Bernardi, who capitalised on the good stroke play to finish on 65 nett, with each contributing equally. Runners-up on 66 nett were the early starters of Rob Webb and Peter Tisdell, who managed to hit the ball straight in the thick fog.

The Sunday Stableford Medley had a small field with scores reflecting the difficulty to swing sweetly. Tom Toohey took the honours with 35 points, while Jordan Brett was Runner-up on 27 points. There were no NTP’s.

The Mens LVDGA Championships and Team events were held at Peak Hill on Sunday 19 June, with a disappointingly small field of 55 players.

In the Pennants the A-Grade was won by Forbes (192), the B-Grade by Trundle (138), Handicap by Trundle (192) and the Vets by Condo (73). The Mulder Cup for Individual Stroke play was won by Steve Betland (66) from John Betland (67). The B- Grade was won by C Matthews (Parkes) and the C-Grade by C Dyner (Peak Hill). John Betland took the ‘Champion of Champions’ honours, while Peter Dawson took the Vets Champion honours.

Next weekend we have the Foursomes Championships, played over two rounds for the men and 27-holes on Saturday for the ladies.