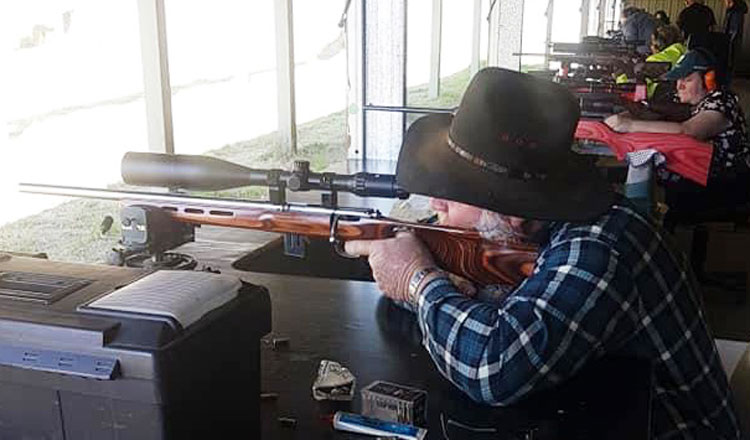 NEW MEMBERS WELCOME: The Forbes SSAA has a bumper 2022 program and is welcoming new members. Junior shooters must be 12 years and older to participate. Follow Forbes Sporting Shooters on Facebook for regular updates.

Laurie Redfern went 22-24-20-22 total 88 to take out the Forbes SSAA sporting clays monthly shoot last weekend in searing 37-degree heat. It was one of the final hit outs before the Cliff Bradley this Sunday.

The next shoot for the Forbes SSAA sporting clays will be the Cliff Bradley Memorial Trophy shoot on Sunday 13th March. The Trophy shoot is a 25 target DTL point score followed by a 100-target field shoot starting at 10am at the Bedgerebong Road Range. Wet weather will see a five-stand shoot take place after the Trophy shoot is held.

The next SSAA sporting shooters .22 calibre and other rimfire rifles (.22 magnum or.17HMR) will be held this Sunday 20th February starting at 10am. The centre-fire shoot will take place at 2pm on Sunday after the rimfire shoot.

For all information on .22 calibre rimfire shooting contact Wayne Facey.

Members are reminded that Local Range rules apply to all Forbes SSAA ranges and should check the Facebook page for shoot details for dates and times.